7 songs you never knew were made by Nile Rodgers

Not only did CHIC featuring Nile Rodgers perform for Radio 2 in Concert in 2017, but Nile Rodgers has returned to Radio 2 with Nile Rodger's Good Times, a new radio series where the musician reveals his musical influences and inspirations.

To celebrate we've been enjoying as much music from the great Mr Rodgers as we possibly can, and it turns out that he's the creative brains behind far more of your favourite hits than you might have realised. We've rounded up some of the best tunes that he's had a hand in. 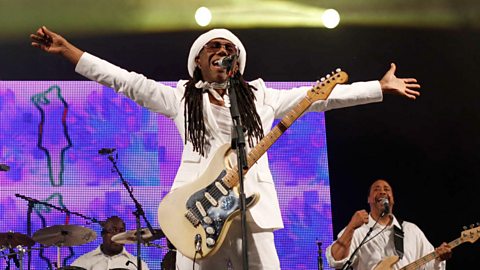 Nile Rodgers talks to Mary Anne about the making of 'Let's Dance' with David Bowie.

It was a meeting of two genius musical minds when Nile teamed up with David Bowie to produce the latter's 1983 album Let's Dance, most famous for the super catchy eponymous title track.

A dancefloor ready slice of classic funk rock, the song fuses the creativity of both artists to perfection.

It was THE most inescapable song of 2013 - and beyond - so it's no surprise to learn that Nile co-wrote Get Lucky with Pharrell Williams and French house duo Daft Punk. He also plays guitar on the track, in inimitable style.

The track spearheaded a disco revival and shifted 9.3 million copies, making it one of the best-selling songs of all time.

3. Sister Sledge: We Are Family

The four incredible siblings who made up Sister Sledge teamed up with Nile and fellow CHIC man Bernard Edwards at the end of the 1970s - and the results were utterly magical.

The collaboration led to the girls' breakthrough album We Are Family, and the empowering title track became a global smash hit. It's an anthem for sisterhood and friendship which still sounds just as brilliant today. 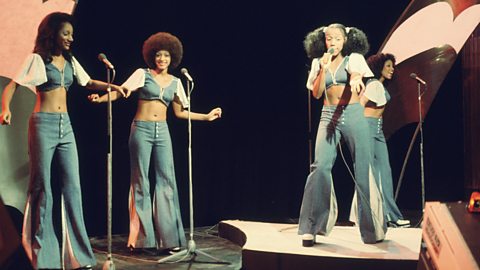 Nile played a pivotal role in the career of 1980s pop dreamboats Duran Duran, and he produced both their 1986 album Notorious and its smash hit title track. When you listen to that low-slung funk riff, it's no surprise to learn that he played guitar on it too.

The band were at something of a crossroads before Notorious, having lost two members, and they credit Rodgers with revitalising their career. During a 1986 performance, Duran Duran's frontman Simon Le Bon introduced Rodgers, saying: "This band went through a difficult time and it might not have made it if it weren't for this gentleman."

When Madonna made her second album Like A Virgin, she wanted to be the sole producer - but her record label weren't ready to give her that artistic control. There's no doubt she could have done it - she's Madonna, after all - but she gave in and chose Nile Rodgers as her producer. The pair were ultimately thrilled to be working together, and creative sparks flew instantly.

The title track cemented Madonna's reputation as a boundary pushing artist, and the collaboration marked one of the most important moments in 20th century pop. 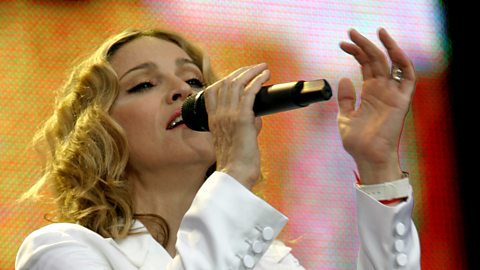 Madonna is entered in to Michael Balls Singers Hall of Fame

6. Sigala: Give Me Your Love (feat John Newman and Nile Rodgers) 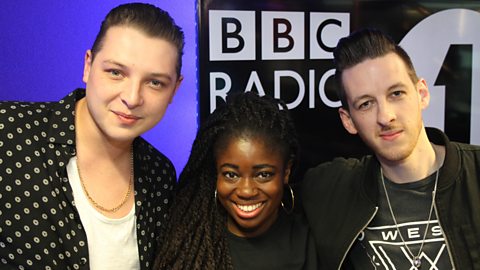 ‘Who better to play guitar on the track than Nile Rodgers?’ – Sigala and John Newman recruit a music legend

Practically everything the legendary guitarist touches turns into a stone cold hit.

This big, soulful house track by British DJ and producer Sigala not only features John Newman on vocals but the legendary Nile on guitar.

The disco statesman also partially produced the track, which hit No.1 in Scotland and Belgium! 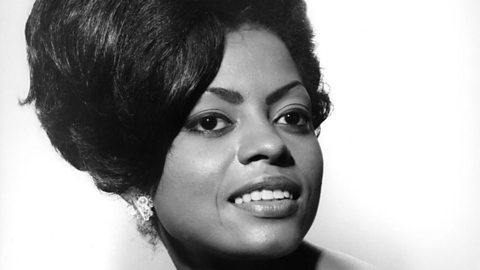 Superstar diva Diana Ross enlisted CHIC's co-founders Nile and Bernard to write, produce and play material for her 1980 album Diana, after taking her daughter to see the band in concert.

Nile had the idea for the track after seeing a New York drag show where several participants were dressed as Ross, and it has gone on to become a huge gay anthem. He also insisted that it needed that rare thing in pop and disco music - a trombone solo.

While Ross initially expressed dissatisfaction with her producers and their work on the album, it went on to become the biggest selling record of her entire career. 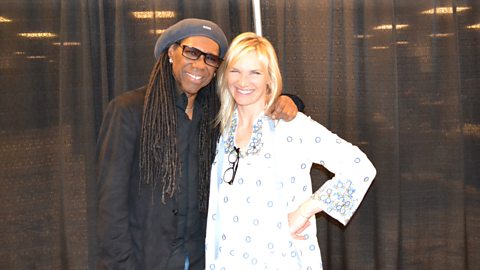 Nile Rodgers: "I'm a slave to the rhythm!"

Nile Rodgers talks to Jo about starting out in music, Diana Ross and the new Chic album.