Returnal review: 'The best game on PlayStation 5 so far'

Returnal is the new third person shooter from Housemarque and it comes exclusively to the Playstation 5.

It's a truly next generation game that combines fantastic gameplay with a gripping story and stunning visuals while also making tremendous use of the DualSense controller to provide a gameplay experience you can’t find on other platforms. While its high level of difficulty may be a barrier to entry for some, the consistent challenge and constant sense of accomplishment combine to make Returnal not only the best game on the PS5, but the game of the year so far. 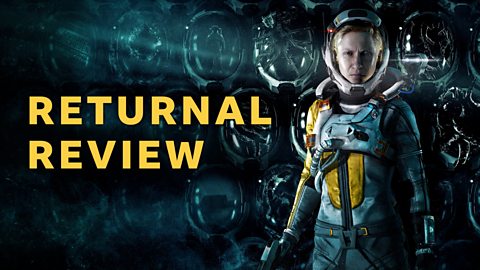 Does the PS5 exclusive live up to the hype? Jordan Middler finds out.

The story follows our character Selene as she attempts to uncover what brought her to the planet, and what is keeping her here. Combine this with visions of a mysterious past and the creeping sense that she’s not alone and Returnal’s story quickly becomes one I was desperate to uncover more of.

While the game has plenty of audio logs to flesh out exposition, the occasional first person story sections do a lot to set a mysterious and surreal tone that’s equal parts Twin Peaks and Alien. 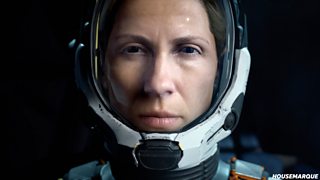 On the gameplay front, it's a third-person shooter roguelike and each of the games six biomes is made up of a series of rooms that are randomised each time you start a new run. Also randomised is the loot that you’ll pick up from the floor.

While you start with a basic pistol, Returnal boasts an impressive collection of weaponry, some of which I’d yet to even discover after 42 hours with the game.

It’s an incredibly hard game. You’ll quickly learn this as less than 15 minutes into your journey, you’ll likely die. Get used to this. Every time you do, you’ll return to the wreckage of your ship, ready to once again battle the flora and fauna of Atropos.

This level of difficulty will likely turn some players away, but I never felt that the game was ever unfair. Every time I died, it was because I was underprepared for a fight, or I didn’t dodge correctly. Everything is telegraphed though, and if you can learn it all, you can finish the game without getting hit. However, that’s like saying if you can hit piano keys you can eventually play Beethoven.

Returnal’s visuals are consistently stunning, combining dark, looming environments with bright neon lights that reflect off of every surface as they sail from your gun or towards you from enemies. These light shows are also used to colour code enemy attacks so you know what you can dodge through and what you have to avoid. 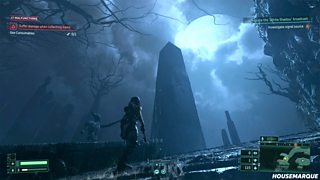 Occasionally areas will get hectic and readability of enemy movements will suffer somewhat, but this is rare, and only typically happens if you let the room fill up with enemies as they spawn, rather than taking care of them quickly.

The gameplay is as thrilling in hour one as it is in hour 40, the world never feels dull and the challenge is as satisfying as it is brutally difficult.

Returnal is an absolute must-play experience.