How pollen cracked these mysteries

When we think of crime solving strategies, we imagine sweeping for fingerprints or scouring for DNA samples. But there’s another unlikely crime-fighting friend to be found in the natural world: pollen.

In The Life Scientific, Professor Patricia Wiltshire explains how by studying pollen spores taken from suspects and their possessions, she has been able to establish who’s been where – and help to solve some of the nation’s most high-profile murder cases.

Linking a crime scene to a criminal

Whereas DNA and fingerprints are the evidence that a criminal leaves behind, pollen is the evidence that gets left on the suspect. “Every contact leaves a trace, as the saying goes,” says palynologist Professor Patricia Wiltshire.

Unlike other forms of evidence, pollen isn’t easily washed away. It burrows into clothes and it can often be found on suspects shoes or on the foot pedals in cars. “It’s all around us,” says Pat. “If you walk on soil or vegetation you pick it up, inevitably.” Because pollen and spores are produced by plants and funghi that grow in specific places, we can predict where they’re from, and so by studying the spores taken from suspects and their possessions, Pat and other forensic ecologists can then link a suspect to an exact location.

Not only can Pat use pollen to tell who has been where – by mapping their clothing she can even tell which part of a suspect’s body did what.

Pat recalls a case of attempted murder in Hertfordshire, where a man had tried to strangle a woman underneath a lamppost:

“He said he hadn’t been there of course, but by taking his clothing apart I showed that he’d bumped up against a fence with his left shoulder, that he’d dragged her through a hedge, that he’d knelt, and so on.”

Because she had sampled the crime scene in detail, she was able to see where precise bits of his body had been and accurately reconstruct exactly what he did at the time. 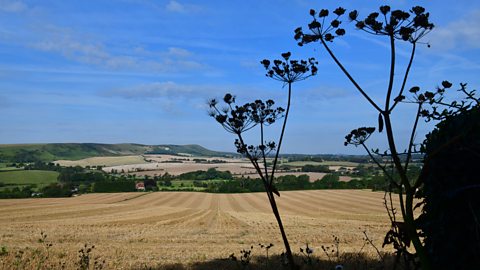 Her evidence has helped lead to convictions in many cases.

Pat was working in the field of archaeology when she received a call from the police. A body had been found dumped in a ditch, and in the nearby field the police had found tyre marks. They had a number one suspect, and a vehicle, they just needed to prove that the car had made the tracks. The policeman in charge of the case had a brainwave: could there be maize pollen in the field that had stuck to the wheels? That’s where Pat’s expertise came in.

The scientist examined the car from top to bottom, extracting any spores and pollens. She took samples from the grill, the seats, the floors, the boot, and under the chassis. “I could eliminate most things because it was so messy,” says Pat, “but the foot pedals and floor mats were magic.” What the pollen samples firmly pointed towards was an agricultural field edge.

Could pollen in the field have stuck to the car's wheels?

The next step was visiting the crime scene. But when Pat got to the field in question there was more detective work to be done. She walked along the perimeter of the field and what she saw simply didn’t match the pollen profile she had found in the vehicle. But “then we got about halfway up on the left,” says Pat, “and I said, ‘Gosh, this is the place. I can see it. All the plants are there.’” The police confirmed that it was the exact spot where the body had been found.

The forensic ecologist had been able to pinpoint that specific section of the hedge from just the foot pedals of the car. It was a eureka moment. Now able to place the car at the crime scene, they got their conviction.

Patricia assessed the area, and she could detect what wasn’t immediately obvious to the untrained eye.

Pat’s botany skills were to prove invaluable: evidence she gave in court helped to convict Ian Huntley, the school caretaker who murdered Holly and Jessica.

When she was asked to get on board with the case, the police had already cordoned off the entire crime scene. But what they hadn’t located was the approach path. They didn’t know how the suspect had got into the ditch – the area was chest high with stinging nettles, with no gap to be seen.

Patricia assessed the area, and she could detect what wasn’t immediately obvious to the untrained eye. “Right down, almost to the end of where they’d cordoned off, I could see that plants had been trodden on and then they’d had recovery growth,” says the scientist. 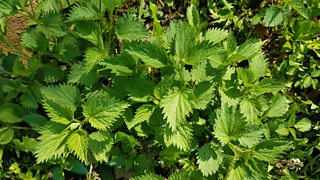 Patricia could detect that stinging nettles had been trodden on and then they’d had recovery growth.

But they needed to know just how long ago the plants had been trodden on.

At a field centre near Pat’s work a warden put a sack of sand on his back, matching the weight of the girls, and walked into a large patch of nettles – twice – to reconstruct Huntley’s actions.

“We photographed those nettles recovering and we stopped it after thirteen and a half days,” says Pat. That was the point at which the nettles at both spots matched.

“We found Jessica’s hair on a twig”

There was further evidence to be gathered: “When I showed them the pathway in, we found Jessica’s hair on a twig, so we knew that was the approach path,” says Pat. “That was where they could do their fingertip searching.”

Where she could see footprints, Pat took pollen samples. They gave her Huntley’s car, two pairs of shoes, and the girls’ clothing. “All over the clothing were the fruits and fragments of the vegetation in that ditch,” says Pat. They could also see that he had been there twice, because both pairs of shoes had the crime scene on them. She also did a thorough sweep of the car and “low and behold, the crime scene emerged.” There were so many markers, there was very little doubt that Huntley was their man.

It was Pat’s evidence, along with fibre evidence from the girls’ football shirts, that convicted Ian Huntley. Just an hour after she’d given evidence at the Old Bailey, Huntley’s barrister stood up and announced that his client wished to plead guilty. 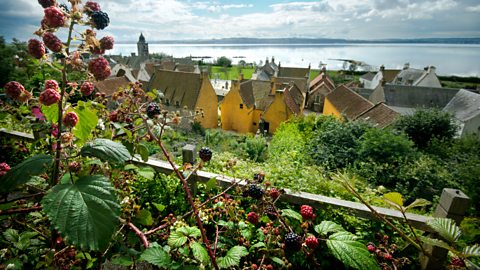