When it comes to female pleasure, film and tv usually get it wrong

Relationships can be a complicated maze to untangle, especially when sex is involved. Physical intimacy, in fact, often brings new meanings and emotions to a relationship, no matter the gender or situation. Communication becomes tortuous because of the often taboo nature we associate to sex.

It's important to recognise how culture shapes our imagination, and that is enough to influence our understanding of relationships, consent, and sex

If you’re young, this is even more true. I remember that, when I was younger, sex was a topic to whisper and giggle about, surely not something you could openly discuss.

Sex education didn’t help either. I’m Italian and, as far as I remember it, my sex education was pretty poor, - you could say non-existent, even. When I was growing up, I was left to learn “the ropes” of sex by myself, as I’m sure many others were.

This meant being conditioned by books, music, and cinema. The cultural products of my generation and those before me were my teachers as I was making my first steps in the world of relationships. Don’t get me wrong, I’ve never considered TV and cinema as a sex ed class. However, it’s important to recognise how culture shapes our imagination and that is enough to influence our understanding of relationships, consent, and sex. 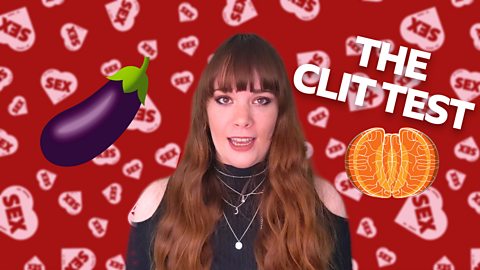 I’m sorry to break it to you, but that influence is not positive. For decades, the cultural representation of sex has been not only exclusionary of LGBTQ+ identities and sexualities but also profoundly phallocentric. In other words, it’s been all about the d.

If you’ll let me borrow a concept from Laura Mulvey, the films I grew up watching were deeply influenced by the male gaze. If you’ve never heard of it, the male gaze is the act of depicting women and the world from a masculine, heterosexual perspective, which objectifies and sexualises women for the pleasure of the heterosexual male viewer.

Just think of some of the rom coms you grew up with. After your usual romantic build-up, the girl or “ugly duckling” gets a makeover and suddenly becomes hot. You know the main characters are gonna get freaky, as those warm lights are kicking in, a sensual soundtrack starts and then here we go… they are kissing and.. voilà: the penis is already in! Ten seconds later, everyone comes, usually at the same time.

Now, if you’re a woman or a person with a vulva even with just minimal sexual experience, this scene should leave you perplexed. Not only because orgasms take time but especially because there is no way that people with vulvas come exclusively through penetration. According to multiple studies, in fact, this is not common. Eighty percent of women need clitoral stimulation in order to reach orgasm but the sight or references to the clitoris are rare in films, TV series, books, and music.

Frustrated with the inaccurate representation of female pleasure on camera, Glasgow-based campaigner Frances has founded the Clit Test. “What’s that?”, you might ask. In the words of its founder, the Clit Test is a “campaign to improve the sex we see on film and in TV to better represent what we know about pleasure for people with vulvas and cis women.”

Just think of some of the rom coms you grew up with. After your usual romantic build-up, the girl or “ugly duckling” gets a makeover and suddenly becomes hot.

The Clit Test works quite similarly to the Bechdel Test, which measures the representation of women in fiction by asking whether a work features at least two women who talk to each other about something other than a man. In the Clit Test, the main requirement for a pass is that there needs to be a reference to the clitoris. It doesn’t need to be explicit, it can literally be a hand dipping under the covers.

Scrolling through their website, you’ll notice that the campaign lists mostly passes rather than fails. The reason behind this choice is that Frances wants to celebrate those filmmakers, songwriters and authors doing it right. Among these, you’ll find TV series Crazy Ex-Girlfriend and Outlander. When normality means penetration-centred cultural products, activism should celebrate those rocking the (cis and heteronormative) boat.

I mean, our clitorises are the only organs exclusively built for pleasure. Each one of them has more than 8,000 nerve endings in the tip alone. That’s double the number of those in a penis. What’s more to celebrate?

Although the information at its core is not new, our society still sees sex as penetration, as a cis heteronormative act that often neglects women and people with vulvas. This is extremely dangerous because it leaves young people exploring their sex life without having the adequate knowledge to protect themselves from pain. According to the American College of Obstetricians and Gynecologists, in fact, as many as 75% of women will experience pain during sex at some point. For some people, this pain will become their normality.

My hope is that the Clit Test will be the starting point for young women to prioritise their sexual pleasure over societal pressure, to feel free to ask for their orgasms because their sexual satisfaction is as important as their partners’.

Because, in the end, it’s not all about the d.