What is sepsis and how can I spot it?

Sepsis causes 8 million deaths worldwide every year. It can strike any of us, young or old, and there are numerous triggers. Yet most people have never heard of it and even fewer understand it. 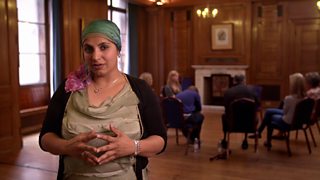 Sepsis, sometimes called septicaemia or blood poisoning, happens when the body’s immune system goes into overdrive in response to an infection.

The initial problem could be anything from a chest infection to a cut finger, but if the immune system overreacts it can trigger a catastrophic attack on that infection that threatens the body’s own tissues and organs leading to shock, organ failure and death.

What’s more, those lucky enough to survive may have to live with amputations or lasting health problems due to extreme organ and tissue damage.

The key to beating sepsis is spotting it quickly and treating it early.

A recent report by the National Confidential Enquiry into Patient Outcome and Death (NCEPOD), launched in November 2015, identified a number of ways in which treatment of the condition can be improved and emphasised that early recognition is vital in saving lives.

But it isn’t just doctors who need to be on the lookout for sepsis – it’s something that we should all be more aware of.

The problem is that sepsis can be very tricky to spot.

There are lots of different symptoms associated with the condition and many of them can be easily mistaken for something less dangerous. In fact the first signs are often similar to flu, a chest infection or a stomach bug.

Then, as the condition develops, these symptoms worsen and some more distinctive red flags emerge.

These can vary from patient to patient, but after discussions with sepsis survivors the UK Sepsis Trust has compiled a list of the six most common signs.

The six most common signs

Red flags like these are signs that the body’s organs, such as the lungs, brain and kidneys, are beginning to fail. In the case of babies and young children some of these symptoms can present differently. The child may become lethargic and stop feeding, they might feel cold to the touch and their breathing could become rapid. Another sign is if they haven’t had a wee or wet their nappy for 12 hours.

If you recognise these symptoms either in yourself or someone else you should seek urgent medical treatment. Although sepsis is dangerous, a quick response can make a huge difference. Sepsis CAN be beaten – if we all become more aware of the condition and learn to recognise the symptoms, we could save thousands of lives.