What can I do about tinnitus?

Tinnitus is the term for noises you hear inside your body, rather than from an outside source. These noises could be buzzing, ringing, clicking, hissing – and around 10% of us will suffer from tinnitus at some point. 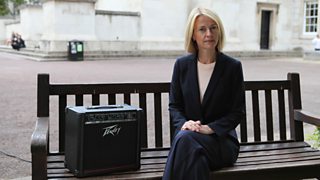 If these noises become intrusive in everyday life then you should see your GP. They will do some tests to make sure it isn’t anything more serious. And most likely they will check your hearing – up to 90% of tinnitus cases are caused by some form of hearing loss.

In fact, a new theory for why tinnitus happens is the ‘neural gain hypothesis’. The idea is that sensory cells in the ear ‘over-compensate’ for hearing loss by becoming more sensitive. This turns up the volume on background noises inside the body that we wouldn’t usually hear.

For some people, using a hearing aid can lead to a huge improvement. It helps to stop the sensory cells overcompensating and therefore tunes out those background noises.

Other treatments for tinnitus are sound therapies, which act as a distraction from the sounds inside your head and can help make tinnitus more manageable. Many people swear by ‘white noise’ which can be delivered through an in-ear device, or a ‘sound pillow’ when lying in bed at night. Other people find that music and sounds of the environment sounds can be beneficial.

There isn’t a cure for tinnitus. However, drugs are being developed and trialled for treatments specifically aimed at people whose tinnitus is caused by inner ear damage. It is hoped that by stopping the over-activation of the sensory cells in the ear, they will effectively turn down the ‘neural gain’.