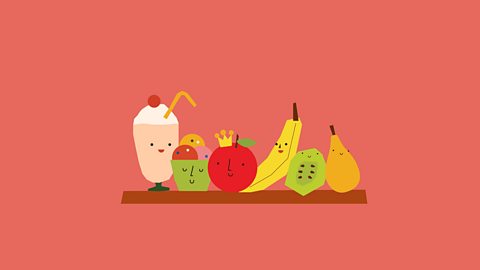 "Where am I?" Crumb asked as he sat up on the conveyer belt.
He looked down at his unusually round body and tiny arms.

He was in a massive room with lines and lines of cookies, he couldn't believe his eyes HE WAS A COOKIE! He was moving at quite a speed towards a brown box but he saw his chance and slipped out the way just in time. "Phew" Crumb sighed as he sat down on the cold floor.

Above the door was a sign, "Box Room" he read out "I see why they call it the box room" he whispered, he was right, the whole room was full of biscuit boxes. They were stacked against the wall and piled on the shelves. "This is no box room," he thought, "this is a prison."

Out of the corner of his eye he caught a glimpse of something shining on the wall. As he moved closer he realised it was a screw that was holding up a shelf. Then he had an idea. He loosened the screw until it came out. The whole shelf toppled over and the boxes slid off and crashed onto the floor releasing all the trapped cookies. But it wasn't over yet because they had to free the others.

With the strength of a hundred cookies they ripped off the tape and helped all the cookies out. Then Crumb stood up on one of the boxes to make a speech. "Now we are all free we need to make an army and take down these horrible humans." He shouted over the crowds of cheering cookies. "I've made a battle strategy of what our army is going to look like. The Jammie Dodgers and the Hob Nobs are up at the front, at the back we'll have the Party Rings and the custard creams." Then on Crumb's command they started to charge knocking the door off its hinges in the process.

All of the workers rushed out of the factory to see what the commotion was. Suddenly, there was something wet on the ground. It was the custard from the custard creams. They had made a trap. The terrified workers began to slip and slide across the floor like a cat on ice skates. When they saw what was going on they nearly jumped out of their skin at the sight a of a cookie army. When anybody tried to stop the biscuits they were karate chopped by the Party Rings' killer dance moves. They tried to stand on the Jammie Dodgers but they dodged out of the way. They tried to hit the Hob Nobs but their clipboards snapped in two. It wasn't long before all the staff that were left evacuated the building and locked the door behind them.

The cookies had won! Their cheers echoed around the hallway. Crumb became president of the United Cookie Kingdom. He made the conveyor belt into a roller coaster. They made signs everywhere that said "Human Free Zone".