Archers fan Stephen Fry gives his instant introduction for new listeners. Learn about the people and places, the laughs and the scandals, so that you can get the most from The Archers.

﻿If you're a complete beginner to The Archers, this instant introduction is for you. 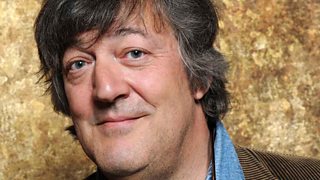 First of all, what exactly is The Archers? Well, it's a radio soap opera set in the fictional English village of Ambridge. It aims to provide essential drama from the heart of the country.

So what does that mean you'll be hearing? Ambridge is a twenty-first century village, with all the pressures of modern rural life. You'll become involved in the characters' personal and business struggles, their love affairs and all sorts of village activities from saving the local shop to the annual fete. There are plenty of lighter moments too.

These characters then... Several of the main families are farmers. At the heart of the programme are David and Ruth Archer at Brookfield Farm. David once had cause to regret employing a handsome cowman, but they're pretty stable nowadays.

Their cousins Pat and Tony Archer farm organically at Bridge Farm. That's a dairy farm as well, but they also keep pigs and grow vegetables. They sell their own yogurt, ice cream and cheese.

At the opposite end of the farming scale are well-off Brian and Jennifer Aldridge at Home Farm, which is the biggest in the village. That little boy who lives there is Brian's son from a torrid affair. When his mistress died, amazing Jennifer agreed to take Ruairi in.

The Archer family is related to the Aldridges, and to several other Ambridge families, including the Hebden Lloyds - she runs a riding school and he's a vet.

If that all sounds a bit posh, there are lots of less well-off characters too. Most of them live and work in and around Ambridge - on the farms, in the local pub The Bull, at the village shop, at Grey Gables hotel or St Stephen's church.

Those sons of the soil the Grundys are particularly good value, both for the scrapes they get in and the fact that Emma Grundy isn't Ed's wife, as you might think, but the ex-wife of Ed's brother Will.

You can look up all the current characters in the Who's Who section of the Archers website.

By now, I expect you're keen to know how you can hear the programme, and it's very easy to start, because the episodes are only thirteen minutes long. They're broadcast on BBC Radio Four every day, Sunday to Friday at seven p.m. And they're repeated the next day at two p.m. - except on Saturdays.

Or if you want to catch a whole week's worth in one go, there's an omnibus edition, on Sunday morning at ten a.m.

BBC Radio Four is on ninety-two to ninety-five FM, one nine eight long wave, and on digital radio and television.

You can also listen online, or get the programme sent to your computer in a podcast.

More from The Archers