A celebration of all things Gothic

This autumn, BBC Two, BBC Four and the British Library are celebrating all things Gothic with a new season of programmes exploring the literature, architecture, music and artworks that have taken such a prominent place in British culture.

The Gothic imagination with its love of the awe-inspiring, the wondrous and the uncanny has cast long and beautiful shadows across all aspects of our lives for hundreds of years
Tim Pye, Lead Curator of ‘Terror and Wonder: The Gothic Imagination’

A host of famous literary faces will look back on Frankenstein’s creation in A Dark And Stormy Night: When Horror Was Born, while in The Art Of Gothic, Andrew Graham-Dixon looks back at how Victorian Britain turned to the past for inspiration to create some of Britain’s most famous artwork and buildings.

In The Genius Of The Gothic, Dr Janina Ramirez looks at Perpendicular Gothic, Britain’s first cultural style and Dan Cruickshank looks back at Gothic architecture’s most influential family in The Family that Built Gothic Britain.

BBC Four delves into the archives uncovering classic performances from Siouxsie and the Banshees, Bauhaus, The Cure, Sisters of Mercy, The Mission and more in Goths At The BBC.

The season starts with this three-part series in which Andrew Graham-Dixon looks back at 19th century Britain and its obsession with all things Gothic. The series explores how an inspired group of architects and artists spurned the modern age, turning to Britain’s medieval past to create some of Britain’s most iconic works and buildings.

Inspired by the tumultuous Industrial Revolution, John Ruskin was among those who created architectural wonders, using the cutting edge of technology to create a brand-new British style of architecture. While in art and literature, the Gothic allowed Horace Walpole, Bram Stoker and Dickens to capture the terror, weirdness and social ills that plagued Victorian Britain.

Dan Cruickshank explores how the great icons of Gothic British architecture were all created by one brilliant, if highly dysfunctional family – the mighty Scotts. Built by the Scotts over a single century, St Pancras Station, the Albert Memorial, Liverpool Cathedral, Battersea Power Station, Dulwich College, the chamber of the House of Commons and even the red phone box, were built by a grand-father, a father and son who defined Britain’s new architectural style.

Medieval historian Dr Janina Ramirez looks back at the 14th century, a time when craftsman and their patrons created the Perpendicular Gothic, a new form of architecture that was to be Britain’s first cultural style.

Dr Janina Ramirez recites Britain’s Perpendicular legacy, from its first stirrings at Gloucester Cathedral to its pinnacle at King’s College Chapel in Cambridge. Janina will show how the style emerged out of a cultural and political battle for Britain’s national identity and how the style was crushed during the Reformation of the 16th century – only to be reborn again during the Gothic Revival of the Victorians.

BBC Four airs a compilation of performances from the BBC to explore the ‘Goth’ style of British rock and pop in the 80s. This was a period of music in which dry ice, doomy lyrics and dyed black hair tortured skywards were only some of the constituent parts of this very British ‘tribe’ that flourished alongside Stock, Aitken and Waterman. BBC Four delves into the archives uncovering classic performances from Siouxsie and the Banshees, Bauhaus, The Cure, Sisters of Mercy, The Mission and many more.

The season then moves to BBC Two, with a fascinating exploration of one of the most significant moments in Gothic history: the night when Mary Shelley, Lord Byron and their cohorts gathered together in Lake Geneva to tell ghost stories. The night when Frankenstein was born. Drawing on British Library manuscripts and archives, the one-hour documentary will bring together a stellar cast of Gothic, horror, science-fiction writers and historians to discuss why one single night had such a significant impact on our culture.

Gothic around the BBC

Take a look around the BBC at our radio programmes and galleries, with the theme of Gothic art, literature and architecture. 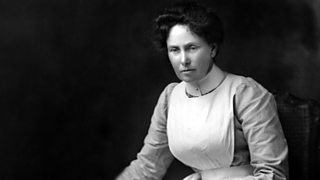 Henry James - The Turn of the Screw

Enjoy some spine-tingling terror and suspense as you enter the Gothic Imagination, with a special collection of programmes on BBC Radio 4 Extra... 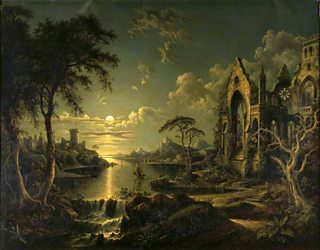 Uncover some gothic paintings in the nation's art collection.