7 famous faces who struggled with the pressure of social media

It's all too easy to forget, when scrolling through our social media feeds, that what we see isn't always what it seems.

Discussing the myth of a perfect life on social media, and how what we see online can impact our own feelings of self esteem and self worth, has been big news recently thanks to stars like Selena Gomez speaking out on the illusion our never-ending feeds create. 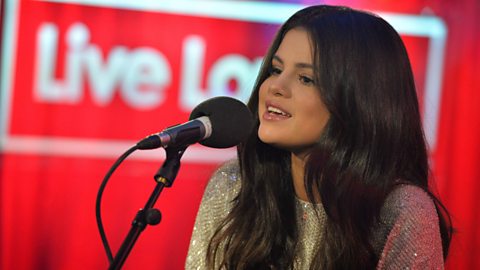 Selena Gomez got real about the struggles of social media

SelGo is the most followed person on Instagram with a mind-blowing 126 million followers.

"It's really easy to see other people's lives through the literal filter of social media and to think everyone else is 'perfect', looks 'perfect' and has a 'perfect' life. Social media profiles filter out the 'imperfections' of photos and sometimes the challenges that we all face in life.

There is no such thing as perfect in life and we are human beings, by definition with flaws

"This can make us feel there is something 'wrong' with ourselves and our life. We compare ourselves to an unrealistic expectation and so feel we are not good enough and this can affect our self esteem.

"There is no such thing as perfect in life and we are human beings, by definition with flaws.

"Be good to yourself and your mental health by keeping this in mind when you are on social media and take control over the kind of 'perfect' users you choose to follow."

And if you find yourself thinking of taking a break or just questioning how important what you see on social media really is, you're not alone. Here are seven major stars who struggled with what they saw on social media.

Selena Gomez has more followers on Instagram than any other human being, dog or food blog. But she says looking at other people's perfectly filtered lives made her feel bad about her own.

"As soon as I became the most followed person on Instagram, I sort of freaked out," she told Vogue magazine in March of this year.

"It had become so consuming to me. It’s what I woke up to and went to sleep to. I was an addict, and it felt like I was seeing things I didn’t want to see, like it was putting things in my head that I didn’t want to care about. I always end up feeling like s*** when I look at Instagram. Which is why I’m kind of under the radar, ghosting it a bit."

Most recently, SelGo revealed to Business of Fashion that she worries about how disconnected we're all becoming...

“I see a disconnect from real life connections to people, and that makes me a little worried. I do think social media is an amazing way to stay connected, to learn more things about what’s going on outside your little bubble, but sometimes I think it’s too much information.”

Kristen Stewart uses Instagram - but it's unlikely you'll ever find her on there, because she keeps it secret from anyone apart from her friends.

"I have a private Instagram so I can keep in touch with my friends because I'm always away," she told USA Today in 2014. "That's not social media. We have a shared photo stream."

"What would I tweet about? Who to? What are you saying?" She said.

"Imagine sitting here right now and thinking, 'That's a good thing to say to the world?' I can't even understand it."

Daniel likes to keep his private life exactly that, which is why you won't find him using any social network. Not one.

"I don't have Twitter and I don't have Facebook and I think that makes things a lot easier," he told Sky News in 2013.

"If you go on Twitter and tell everybody what you're doing moment to moment and then claim you want a private life, then no one is going to take that request seriously."

Very interesting. That would make a good tweet actually...

It's hard to imagine a world without Ed Sheeran in it right now, but Ed quit social media in 2015 when he found himself spending too much time on his phone and not enough enjoying real life.

"I find myself seeing the world through a screen and not my eyes so I'm taking this opportunity of me not having to be anywhere or do anything to travel the world and see everything I missed," he wrote on Instagram before taking a year-long break from social media.

Since then, though, the Shape Of You singer has officially ditched Twitter. While his account is still active, Ed's bio reads: 'I don't use this anymore, please follow me on teddysphotos on instagram, lots of love x'.

After giving an interview to Q Magazine in which he mentioned Lady Gaga, Ed was at the receiving end of some very unhappy Little Monsters. Despite the comments being clarified by Mother Monster herself, Sheeran still decided to step away from social media.

"One comment ruins your day. But that’s why I’ve come off it," he told The Sun. "The head-f*** for me has been trying to work out why people dislike me so much."

Daisy quit Instagram in August 2016 after facing abuse for posting a photo of her face with a message about gun violence.

She later said that she had struggled with the pressures of her growing fame and being active on social media.

"I was like ‘I need to post. Oh my God, it’s been this many days’," she said at the Student Academy Awards in LA in September 2016.

"It’s actually been kind of nice not to be on it."

"I’m 24. I have a lot of growing up to do. I have to deal with loads of stuff myself personally. For that to be projected with millions of people watching, that is like a bit of an extra pressure."

Do you follow Jake Gyllenhaal on Instagram? Of course you don't, he doesn't use it and is worried about people who do.

"To me, this is a product of us all having smartphones and being consumed by that," he told USA Today in 2014.

"We're looking down. No one is looking up."

Girls star Lena Dunham has a complicated relationship with social media. She has faced serious abuse online but continues to be active on both Twitter and Instagram.

A photo she posted attracted negative comments on both Twitter and Instagram and she spoke about the abuse in 2015 during a Re Code / Decode Podcast.

"It turned into the most rabid, disgusting debate about women's bodies, and my Instagram page was somehow the hub for misogynists for the afternoon," she said.

"I really appreciate anybody follows me at all, so I didn't want to cut off my relationship [to Twitter] completely, but it really wasn't a safe space for me."