By gum! The terrifying roots of dentistry

You may be reading this sitting in the dentist’s waiting room, staring glumly at the posters reminding you of your gnasher-neglect and bracing yourself for the whine of the drill. Cheer yourself up with these startling snippets of dental history and you’ll feel positively grateful...

Tartar in the tomb

Some of the earliest examples of tooth decay are the tooth erosion found in ancient Egyptian skulls, believed to have been due to eating coarse bread and fibrous vegetables. No toothbrushes or tooth equipment has been found in any tombs, which explains why archaeologists didn’t find any Malcolm the Molar stickers either. 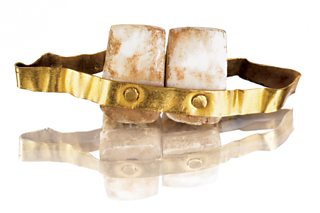 Etruscan two teeth lower denture. Copy of a gold setting with human teeth, discovered in a tomb in Etruria, Italy, in c. 700BC. Wellcome Library, London.

Worming your way in

One of the earliest ways of thinking about tooth decay was the idea of little worms or de-mons burrowing away in the teeth. The Sumerians (the squeamish among you, look away now) believed that the nerve endings were the little worms and tried to PULL THEM OUT.

It's said that one of Elizabeth I’s bishops had a tooth extracted to prove to her the pain was bearable. In 1578 the Queen's teeth were black from refined sugar, but she refused treatment for her toothache. So Bishop John Aylmer had the surgeon remove one of his teeth to show the operation was less painful than she feared. Now that’s servitude.

In the Middle Ages, tooth extractions were done a) without anaesthetic, b) in public and c) by barbers. They used a horrendous instrument called a “Dental Pelican”, and later a “Dental Key”, a bit like forceps, to extract teeth.

Pee is for dentist

The French physician Pierre Fauchard, who practiced in the late 17th and early 18th century, is credited as being the father of dentistry. He is lauded for his scientific explanations of basic oral anatomy and pioneering early dental procedures like removing decay and teeth transplantation. He also recommended rinsing the mouth liberally with one’s own urine. And... spit! 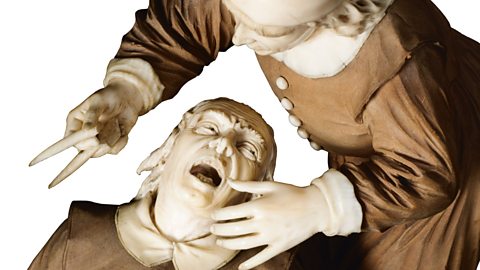 Richard Barnett on The Smile Stealers: The Fine and Foul Art of Dentistry.

Andromachus - the physician to Nero - used theriac, which he claimed that, if it didn’t cure all kinds of diseases, certainly made people feel better, which was undoubtedly true as it contained opium. 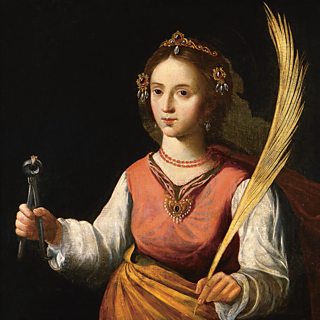 Who knew teeth brushing is a political act? During the Cold War, US propaganda said that good dental health was the ideal way to demonstrate superiority over the Bolsheviks. Similarly, in the USSR, citizens were being told to brush their teeth for Mother Russia.

The state of US teeth

The average American spends 38.5 total days brushing their teeth over a lifetime but surprisingly the American obsession with dental health didn’t begin until after the Second World War. US soldiers who had been stationed abroad, brought back the concept of keeping teeth clean. Smile!

Dentures of the dead

In the 1800s, false teeth retrieved from corpses were inserted into the mouth of the living and wired in. 50,000 corpses had their teeth removed after the Battle of Waterloo, and those dentures became known as "Waterloo Teeth.” This is not what ABBA was singing about.

Some women in Japan have visited their dentists to give them a snaggle toothed look, called yaeba, which involves attaching mini-fangs to canine teeth which they believe makes them look more youthful.

Early toothpaste was developed by Egyptians as far back as 3000-5000 BC. Ingredients included ashes from oxen hooves and egg shells. In ancient Greece and Rome crushed bones and oyster shells were used.

Why we do love our teeth? Because our culture values youth and success, and white, straight teeth suggest both those things. Having good teeth suggests we are young and strong enough to tear into the bones of a wildebeest... or at the very least, a pizza.

Discover more about early dentistry in this edition of Free Thinking.