This year marks the 25th anniversary of The Muppet Christmas Carol. And to celebrate, the film, in which the famous puppets are joined by Sir Michael Caine as Ebenezer Scrooge - is returning to cinemas. Here are five things you might not know about this unique version of Dickens' story.

1. Miss Piggy was almost the Ghost of Christmas Present

It may sound like we're telling porkies, but Miss Piggy was almost cast as one of the three spectres that guide Scrooge to fulfill his destiny. Early ideas for the film put key Muppets in these pivotal roles, with the karate-wielding diva as a suggestion for the jolly and forgetful Ghost of Christmas Present.

But Kermit's love interest again fulfilled her romantic role opposite the famous amphibian. She played Bob Cratchit's wife Emily, with Kermit as the much put-upon clerk.

Not surprisingly for Miss Piggy, the threat of violence is never too far away and she almost unleashes a signature martial arts move on unsuspecting and reformed Scrooge when he pays the struggling family a visit on Christmas Day.

For the film, creations from Jim Henson's Creature Shop developed especially for the film take the reins as the three spirits with characters true to Dickens' descriptions in the novella: a mixture of ethereal, unflinching and, in the case of the Ghost of Christmas Yet To Come, ultimately downright scary.

2. What the Dickens? Much of the dialogue is done by the book

OK, so the original story wasn't narrated by a blue furry puppet with a big beak, but much of the film's script is taken directly from Dickens' original novella. 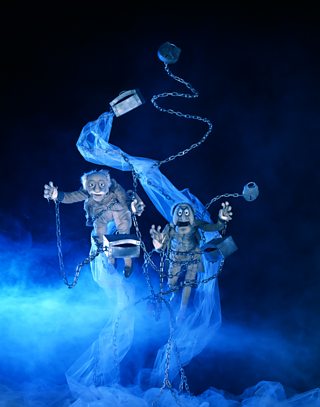 Statler and Waldorf as Marley and Marley. Courtesy Park Circus/Disney

Sir Michael Caine's Scrooge refuses to acknowledge the appearance of his long-deceased business partner Jacob Marley (accompanied in the movie by his brother Bob) in the hope that they could be a trick of his digestion with the proclamation "there's more of gravy than of grave about you". This is just one of the numerous direct quotes from book.

As you would expect, the story mirrors the 1843 original, even down to the stripping of Scrooge's earthly possessions and their appearance in Joe's pawn shop.

And of course the outcome is the same, but don't worry, there are no spoilers in this article (just in case you don't know the ending)! 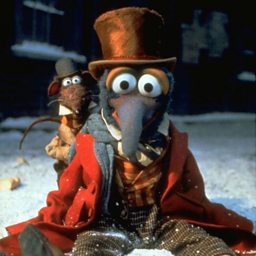 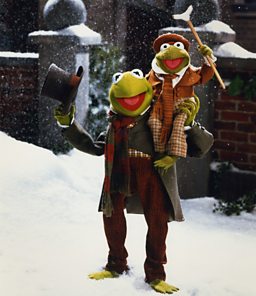 In an interview with The Guardian, the film's director Brian Henson gives an honest account of how daunting a task he had taken on, as it was his first outing in charge of the franchise following the death two years earlier of his father, the legendary Muppet creator Jim Henson.

One of Brian's achievements in his directorial debut was giving the audience the chance to see Kermit walk. In one scene, Bob Cratchit returns from church on Christmas morning, his son Tiny Tim perched on his shoulder, crutch in hand. It took no less than ten puppeteers to achieve the effect, with Kermit walking on a cobblestone-textured rolling barrel.

4. A love ballad from the movie was cut from some editions

During Scrooge's trip down memory lane and into his past, the miser meets an old love interest, Belle, showing us that Ebenezer wasn't always the hard-bitten character that we meet at the beginning of the movie.

When the film was made, this touching moment was accompanied by the haunting ballad When Love is Gone, sung by actress Meredith Braun, who plays Belle, and Sir Michael Caine.

But the tearjerker of a song was cut from the original theatrical release in 1992. It was restored for the 1993 VHS release, but is missing from several of the subsequent DVD and Blu-ray editions.

The song is reprised - with different lyrics - for the film's finale, as When Love is Found. And Meredith Braun recorded a new version of When Love is Gone which features on her album of the same name, released in 2017.

5. The scene with the rats still makes Sir Michael laugh

In a 2016 interview with GQ Magazine, Sir Michael Caine fondly remembers taking on the role of Scrooge opposite the Muppets, a part he says he accepted to enable his then seven-year-old daughter to watch him on the big screen. 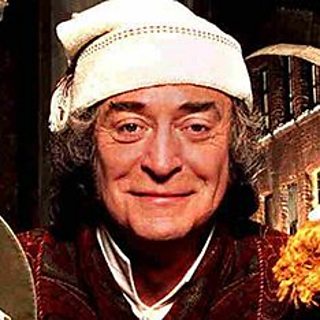 He recounts watching the film again recently with his grandchildren, and still chuckling at the scene with the disobedient rats who are working as the cold-hearted miser's clerks in the Muppet adaptation.

And it seems acting with Muppets is not as easy as it looks. "You have to do a couple of extra takes," Sir Michael said.

BBC Culture puts The Muppet Christmas Carol among the best yuletide films ever made, and that's down to Sir Michael.

Christian Blauvelt wrote: "It is Michael Caine’s performance that makes it, and he acts opposite the Muppets as if they are flesh and blood. The seriousness with which he invests his performance makes it an explosion of emotion, a deeply felt interpretation of Dickens’ story rather than a parody of it – showing that the smartest way to renew a classic isn’t always with irony, but sincerity."

For the 25th anniversary celebration, The Muppet Christmas Carol will show at selected cinemas across the UK throughout December. Find a list of screenings here. 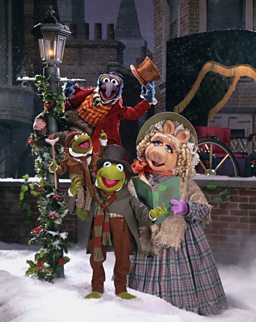