Libraries. The structures that Voltaire could have once described as ‘like a big sort of Lidl but with loads of books in it’. We enter them, we briefly visit the ‘Adult Themes’ section and then we quickly leave again. But what about the facts that concern libraries? Where do they fit into all this? To mark the documentary Late Returns, in which writer Nicholas Royle returns three library books - three decades after he borrowed them, we've collated some interesting facts using our own version of the Dewey Decimal System…

Early evidence of libraries has been discovered in Sumer, in the historical region of Mesopotamia. Organised clay tablets containing the earliest form of writing were unearthed, featuring records of sales and commercial transactions. However, archeologists found absolutely no evidence of magazine racks, a coin-operated photocopier or microfiche of any description, so really this entire library period can be completely ignored. 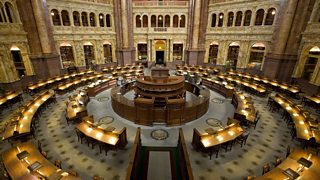 Image: The Main Reading Room at The Library of Congress, Washington

A public library is the most enduring of memorials, the trustiest monument for the preservation of an event or a name or an affection; for it, and it only, is respected by wars and revolutions, and survives them.
Mark Twain

A tad more exciting was the Ancient Library of Alexandria, which attempted to collect all the world’s knowledge in one single place. Until it was burnt to the ground by Julius Caesar ‘for a laugh’.

For many years, libraries were in a sort of holding pattern while they waited for books to be invented. Once that occurred, during the Middle Ages, things really perked up for users and staff.

Perhaps the first librarian was a monk named Anastasias, chief archivist of the Church of Rome in the 9th Century, who took the title of Bibliothecarius, which literally translates as ‘librarian’. His best friend was Shiftlioclocius, which translates as ‘weird bloke spending too much time near the computer hub’.

During Georgian times, British librarians took against novels, which they considered to be too titillating and morally dubious for the common man, and attempted to get them banned from the shelves. Even Jilly Cooper. Unbelievable.

Image: The exterior of The British Library, which holds in excess of 15 million items

Animals are often used as makeshift libraries in hard to reach places, with books delivered by creatures as diverse as horses, donkeys and camels. Though of course, animals are prohibited from these libraries, so actually getting to the shelves can be quite confusing. 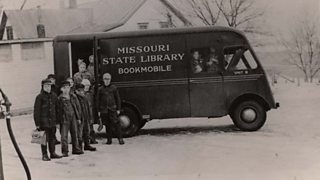 The very existence of libraries affords the best evidence that we may yet have hope for the future of man.
T.S. Eliot

For those of you thinking libraries merely dole out books then you couldn’t even be more wrong. Libraries around the world dispense such disparate items as seeds, tools, art and even human beings who act as ‘living books’ and tell you stories about their lives. I honestly can’t think of anything worse than that.

The highest library in the world is located on the 60th floor of the JW Marriott Hotel in Shanghai, China. Nobody knows why.

In 1789, US President George Washington borrowed The Law of Nations from The New York Society Library and hung onto it for the next 221 years. It was finally returned to the library in 2010. This is why George Washington is known as ‘history’s greatest monster’. At least amongst librarians.