The Girl Who Died: The Fact File

We’ve a whole heap of info on the Vikings in Everything you ever wanted to know about the (real!) Vikings! 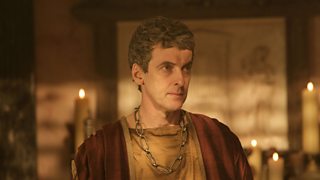 Lobus Caecilius in The Fires of Pompeii

The read through for episode 5 took place on Wednesday, 18 March, 2015 and shooting for it began one week later on 25 March. Filming for The Girl Who Died wrapped on Wednesday, 6 May.

In Viking culture Odin was a god and in Old Norse texts he’s depicted as one-eyed, long-bearded, and armed with a spear or a sword. In many myths he rules Valhalla (a kind of Viking afterlife) where he receives ‘chosen’ warriors who have died in battle.

This isn’t the first time Vikings have invaded Doctor Who… They were an important part of the First Doctor adventure, The Time Meddler, when the TARDIS landed in Britain, 1066.

Although this is the first full episode directed by Ed Bazalgette he also helmed the short prequel, The Doctor’s Meditation, released before The Magician’s Apprentice but shot after episodes 5 and 6.

During the scene where the Doctor realises why he has his current face, we see flashbacks of two previous episodes. The earliest is The Fires of Pompeii, the Tenth Doctor adventure where he met Lobus Caecilius and his family. At first disinclined to save them, Donna Noble persuaded him to rescue them from the effects of a volcanic eruption. We also see a few moments of Deep Breath in which the Twelfth Doctor first questioned why he had his new face…

Lobus Caecilius (seen in the flashback sequence) was played by Peter Capaldi long before he was cast as the Doctor. This isn’t the first episode where the actor playing the Doctor has played more than one role… William Hartnell (the First Doctor) was also the ill-fated Abbot of Amboise in The Massacre and a robot version of the Time Lord in The Chase! Patrick Troughton (the Second Doctor) delivered an at times chilling performance as the Doctor’s doppelganger, Salamander, in The Enemy of the World, and Tom Baker played a number of other roles including Meglos and an android. In Arc of Infinity Peter Davison played both the Doctor and his enemy, Omega, and that adventure also saw Colin Baker take the role of another Gallifreyan - Commander Maxil - little knowing he would soon be cast as the Sixth Doctor! 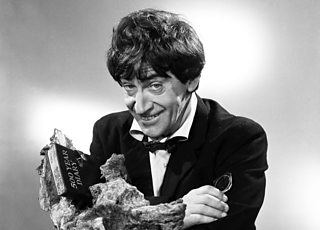 The Second Doctor with his 500 year diary

The Doctor ‘speaks baby’ during his visit to the Viking village, a skill he previously demonstrated in A Good Man Goes to War and Closing Time.

Unlike the villagers he briefly trains, the Doctor has held a sword in battle on many occasions. He fenced with the Master in The Sea Devils, wielded heftier swords in The Masque of Mandragora, The Androids of Tara and The King’s Demons but by the time he was traveling with Clara he’d clearly moved on… When Robin Hood pulled a sword on him he saw off the outlaw using only his spoon!

The Doctor recently used a yo-yo in Kill the Moon and the Fourth Doctor was skilled with the toy, even practicing his double loops when he visited Karn in The Brain of Morbius. 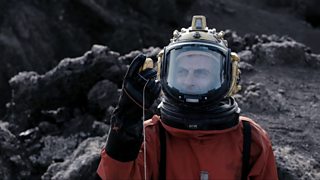 The Doctor with his yo-yo in Kill the Moon

The words, ‘Time will tell. It always does,’ were first spoken by the Doctor in Remembrance of the Daleks. That story also saw the Doctor in in a reflective mood as he mused, ‘Every great decision creates ripples, like a huge boulder dropped in a lake. The ripples merge, rebound off the banks in unforeseeable ways. The heavier the decision, the larger the waves, the more uncertain the consequences…’ In The Girl Who Died and the previous adventure he makes similar remarks as he reflects on the nature of time travel.