The secret sorrows of city professionals

The glass and steel skyscrapers in the City of London house some of the world’s most powerful investment banks and professional service firms – they project an image of invulnerability.

But what about the bankers, lawyers, accountants and consultants who work within them? The firms portray their professionals as confident, successful and glamorous – but the reality is far more complex.

City careers might mean high salaries and eye-watering bonuses, but the work culture can place excessive demands which, for a significant number of individuals every year, result in breakdowns, health problems and serious social damage.

In Insecure Overachievers Professor Laura Empson, of London’s Cass Business School, hears from current and former leaders of elite professional firms as they pull back the curtain on this secretive world.

Jeremy Newman was Global Chief Executive of one of the world’s largest accounting firms, BDO. But despite being a co-owner, and elected by his fellow partners, he never felt at ease. Before every meeting he would think, am I going to make an idiot of myself here…? “There was a fear everyday that actually something would go wrong and everything else would unravel,” he reveals.

There was a fear everyday that actually something would go wrong and everything else would unravel.
Jeremy Newman, Global Chief Executive

Shortly after being elected, Newman hosted his first partner conference. It involved standing on stage all day in front of 350 peers. He believes they would describe him as, “very self-confident,” based on his performance. "But I changed my shirt five times that day. Because between each session I was absolutely dripping. And it’s not because the room was hot.”

He adds, “I cannot tell you how many Nurofen or otherwise I popped in order to make my back not seize rigid, and by the end of the day I simply could not move.”

Dr Alex Michel from the University of Pennsylvania left the world of finance to join academia, having started her career at investment banking firm Goldman Sachs. She recalls one extreme tactic a colleague adopted in order to cope with the demanding hours: as part of a panel discussing how to stay awake after extreme sleep deprivation, one analyst helpfully recommended keeping a paperclip under the table to stab yourself with, because "that pain – in her experience – was the only thing strong enough to keep her awake."

No achievement is ever enough

Consultant Jessica Carmody is a senior manager at KPMG. No achievement was ever enough for her: “As soon as I reached a certain bar, I raised the bar again for myself and I continued to raise it,” she says.

This striving for perfection nearly broke her. After 13 months on one project she came close to burning out in a way that was detrimental to her health.” In her own words, she “was actually not well”. She saw a psychiatrist, stopped working, and went into The Priory Hospital, which specialises in mental health care.

What's behind the relentless drive to achieve?

Until recently, David Morley was global senior partner at Allen & Overy, the elite "magic circle" law firm. “You are driven, not by deadlines you set yourself, but by the deadlines set by your clients,” he says.

“Let's say its Friday night, you’re about to go home, you get a phone call from the client and they say ‘I want to do this deal and I want to close it by Sunday.’ You’re going to be up all night Friday night, probably all night Saturday night as well, your weekend is going to be trashed, everything is going to be set aside to get that deal done on time for your client. You don’t have much say about that. And it’s relentless.”

But, Morley adds, this sort of flow of excitement, knowing that the deal is probably going to be in tomorrow’s newspapers, is almost like a drug – "It gets in your bloodstream.”

“I’m flying to China this afternoon to do a meeting and then coming back 24 hours later.” Sir Gerry Grimstone, chairman of Standard Life and Barclays Bank, is travelling to China and back for a single meeting. “Why would anybody in their right mind do that?” he asks, rhetorically.

“Ludicrously, I start work at half seven in the morning and I finish at eleven o’clock at night, pretty much six days a week. "This isn’t entirely rational," Grimstone admits, for someone nearing the end of his career. “But you never feel that you’ve got there.” Perhaps if you work that little bit harder, you can get to the next step...

How pressure affects your health

Alex Michel says that, initially, most bankers can withstand the relentless pressure of the job, but after about four years, things start to happen: "Chronic pain, feelings of emotional and physical depletion, addictions.” Endocrine disorders are very frequent, she says, resulting in quite a few cases of infertility.

Dr Michel cites the case of one worker in her early thirties who, on getting blood tests back, was told that her results were like those of a 70-year-old woman. "Her endocrine system had dried up.”

But instead of slowing down, this driven professional used her medication as an opportunity to achieve more: “As part of the fertility treatment, she was receiving estrogen and some other hormones; she noticed that she could use those to enhance her performance. If she had meetings with tough clients, she just put on a little more testosterone.” The woman was a self-professed “chemical cyborg”.

Who is to blame?

It is clear that soaring salaries can come at a high cost to workers’ mental and physical wellbeing. So who are the villains? The individuals themselves or the companies? 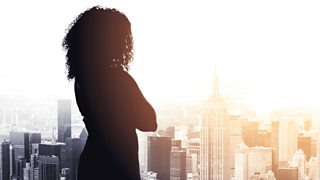 “When you ask who designs these cultures, there is no designer,” Michel asserts, “and that’s the tragic thing… There is no power being exerted from above.”

Equally though, she argues, these firms create the ideal environment for exploiting insecure overachievers by combining internal competition with a lack of transparency: you know you are being directly measured against your colleagues and the reward at the end of the year depends on your evaluation in relation to those others. But you don’t know how well they are doing – you can just see them “working super hard.” The result? "You set yourself incredibly high standards in the hope that you win out."

Competition also plays its part on a wider scale: there will always be another law or accountancy firm that wants that client and is willing to meet their demands, says David Morley. "These big clients have the choice of any lawyer in the world.”

Are things getting better?

“If you have got depression or anxiety,” says Jessica Carmody, “not being able to say that you have it makes your condition worse.” Carmody is leading KPMG’s mental health network, which encourages people in the firm to talk openly about their struggles – a change for good.

There is also an organisation called the City Mental Health Alliance. Chair Nigel Jones, an ex "magic circle" lawyer, says some clients now interview junior staff to see how well they are being treated, and decide which firm to retain based on their answers – a sign that things are changing.

Jones is an optimist. “It has to change,” he says, “because clients demand high quality, cost effective service and they increasingly recognise that to achieve that, people have to be operating at the best of their ability.”

One thing is for sure, says Laura Empson. With professional and financial services making up about 17 percent of the British economy, people in the City working at the limits of their mental and physical wellbeing “has implications for all of us.”