Alexandra didn’t have to think too hard when the chance came to enter the 2016 competition. “We were all told about it at Junior RAM and lots of my friends applied. I also knew all the people who had reached the previous final so I thought it would be a good idea to have a go!”

Having a go turned out to be a very good idea when Alexandra sailed through the early rounds and found herself – along with her older brother Tom – in the Final, with the chance to work with the Gwilym Simcock Trio. “That was definitely the absolute highlight. I had a fantastic time in rehearsals and on stage. Playing with them made everything feel much easier and I definitely felt that I upped my game!”

Alexandra reckons that the BBC Young Musician experience was a positive one for her as a person as well as a musician. “The whole process was extremely beneficial for my playing and it helped me get to grips with organising a band and the music needed for rehearsals. It was really good to learn how to perform and work under the pressure of being filmed for TV, which is a unique experience. I also gained more confidence as a person and I became much more comfortable in nerve-wracking situations and speaking to lots of different types of people.”

As ever, the relaxed and supportive atmosphere at the Final helped Alexandra to impress a panel of judges which included Tim Garland, Gwyneth Herbert, Julian Joseph, Zoe Rahman and Byron Wallen. “The atmosphere was lovely; pretty much all of us knew each other well already. Of course, one of them was my brother! We hung out together at the college and at the hotel. It was great to spend time with people who share the same interest as you. I really enjoyed the whole experience of playing my choice of music with amazing musicians and spending time with fellow competitors.”

Since the 2016 final, Alexandra has performed all over the country. “Having the BBC title opens up many doors!” She’s played in various bands including The Alexandra Ridout Quintet, NYJO, Clark Tracey’s Hexad and his new Quintet. Alexandra has had her music played on various Radio 3 shows and on Jazz FM and was the featured soloist on a broadcast throughout Europe at the end of 2016. She has twice been the runner up in the British Jazz Awards ‘Rising Star’ category and Jazzwise Magazine named her as someone to look out for in 2018 – “Trumpeter Alexandra Ridout was an outstanding winner of the BBC Young Musician Jazz Award of 2016 and just keeps on growing as an artist.” She began studying at the Royal Academy of Music in September 2017.

Her advice to anyone thinking of entering is simple: “It’s probably not as daunting as you might expect, everyone is very friendly and it doesn’t feel competitive at all. I would say give it a go, there’s nothing to lose!”

Alexandra will return to BBC Young Jazz Musician in 2018 to perform at the Final on 24th November.

As a student at Chetham’s School of Music in Manchester, Alexander Bone watched his classical musician friends and schoolmates enter BBC Young Musician over the years. In 2014 his chance came and he didn’t think twice: “when I heard there was a new jazz competition I thought it was an opportunity not to be missed!” It’s a decision he doesn’t regret. “The experience for me of working towards the different rounds, meeting the judges, playing with the Gwilym Simcock Trio and hanging out with the other contestants, that was what made the competition so special for me. We all got on really well and I often see all the other finalists. I think that helped us all relax and focus on our music instead of there being any awkwardness and tension between us.”

The relaxed and supportive atmosphere at the Final helped Alexander to impress a panel of judges which included Django Bates, Trish Clowes, Julian Joseph and Jason Yarde. “I was happy with my set, I felt like what I’d played showed my style and my influences. Afterwards I allowed myself to relax and enjoy the second half, but waiting for the winner to be announced was a nervy moment! I was in complete shock! I still can’t believe it when I think back!”

Since the 2014 Final, Alexander has continued to pursue jazz and electronic music, playing, producing and arranging. A highlight was working in the studio with Nile Rodgers and Rudemintal, and he’s played at jazz festivals and other incredible venues including the Royal Albert Hall. Alexander was invited to play at this year’s Last Night of the Proms concert in Swansea with the BBC National Orchestra of Wales. He has just moved to London to continue his jazz studies at The Royal Academy of Music.

For Alexander, the BBC Young Musician Jazz Award is a challenging but rewarding process: “I spent a lot of time practising and composing / arranging for the different rounds. I gave it my best shot as I knew that then if I didn’t get through, I’d be satisfied that I’d tried my best. Working with musicians as incredible as those in the Gwilym Simcock Trio was one of the best things I took from the competition. They really bring out the best in you. Go for it, you’ve got nothing to lose!” 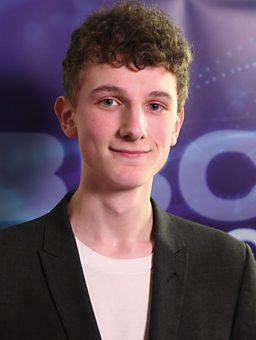