Maths flourished in the early Islamic world from the 8th Century AD until the 12th. Arguably, this is where we got trigonometry and algebra from.

I always find it satisfying to be able to apportion blame for things, so I was delighted to learn that Persian mathematician Al-Khwarizmi is known as the father of algebra (the word algorithm comes from his name). Whether you ditched algebra as quickly as possible after GCSE or are really into it, this is the man to hold responsible.

Quadradic equations in the early Islamic world. Brain close to awake now thanks to In Our Time.

Maths in this region drew on a range of traditions. The Babylonian system (3000-200 BC) was designed to make sense of the world: how to harvest and distribute grain, dig canals, record astronomical observations in order to fix a calendar, and how to work out when floods were going to come.

In the spirit of this kind of applied mathematics, Al-Khwarizmi wrote a textbook with formulas to help people easily work out day-to-day things, such as how much tax they owed.

In Our Time, Maths in the Early Islamic World- the latest @BBCInOurTime - fascinating as always

Principles were broadly applied, rather than every single problem being accompanied by steps showing how to solve it. Basic recipes for solving problems were supplied by leading mathematicians, opening up a whole new level of mathematics and a way of dealing with undiscovered knowledge.

Another Persian scholar, Omar Khayyam, classified all types of cubic equations, which he broke down into types. He used geometric solutions with intersecting curves, which gave approximate solutions to problems.

Such was the thirst for mathematics at this point in history that it sets what In Our Time guest Colva Roney-Dougal describes as “the maths world” on a race to solve problems accurately. Personally, I’m grateful I do not live in “the maths world” if citizenship involves trying to solve cubic equations all day.

Advanced mathematical concepts such as that of zero hadn’t been quite pinned down by this point in time.

The idea of zero varied from a place-holder in Babylonian times, to Aristotle’s philosophical concept of “the void”, to Indian mathematicians who employed zero as a number. 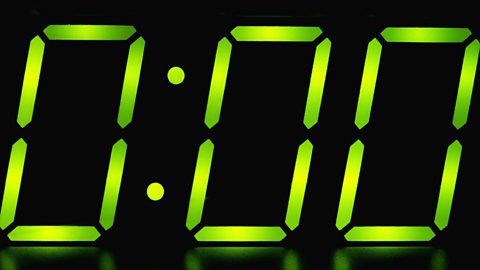 The three types of zero

The fact that something such as "nothing" first had to exist as an idea before it was given a place in mathematics is emblematic of what a crucial time it was in the development of maths.

Many – including Al-Khwarizmi – weren’t happy with the idea of zero because they didn’t think it was useful. The same went for negative numbers.

When I was at primary school and first confronted with the symbol 'x', I was consoled by my teacher who explained that algebra and all of maths was really just a language and you needed to learn how to translate it. And like any language it’s designed to express ideas.

Later developments such as the idea of infinity or even the symbols that we recognise as algebraic show that rules have to be established, and once they are established they’re taken on faith. Such as what we now all recognise to be zero. We take it for granted. We now have a common understanding of what is implied by the zero symbol and the idea of zero-ness. But in the early Islamic period that hadn’t been invented.

Under the Abbasid caliphs, who ruled at this time, mathematics was valued partly because of the religious duty to pursue knowledge as set out in the Quran. But this grappling with abstract concepts that we all now recognise as true, shows that mathematics is partly a system of belief.

While the Abbasid empire’s HQ was Baghdad, the discussion and development of maths quickly spread across the Arabic speaking world because paper was readily available in the region. So, while Christian Europe lagged behind, these complex new scientific ideas were being discussed east of modern-day Iraq and as far west as Muslim Spain. Maths, like language, spread across the Islamic world.

Europe overtook the Islamic world in the science stakes thanks to the printing press, although many key Abbasid texts were translated into Latin and helped maths evolve further.

So perhaps we could equate the early Islamic world with the concept of “the maths world”. Just please don’t make me move there.