Should the drink drive limit in England, Wales and Northern Ireland be lowered?

In series 8 of Trust Me, I’m A Doctor, we ran an experiment testing over the counter breathalyers against a police grade model and some aspects of our results left us concerned that the drink drive limit in England, Wales and Northern Ireland is too high. 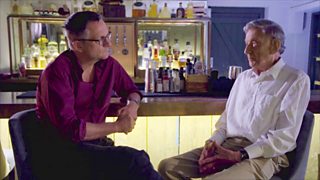 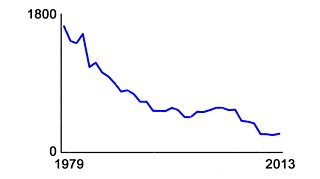 Deaths due to drink driving

To find out more about how this limit was set and the latest research in this field, Michael Mosley interviewed road safety expert Prof Richard Allsop.

The origins of the drink drive limit

The breathalyser was invented in 1954, but it wasn’t until the 1960s that strong evidence emerged on how blood alcohol content (BAC) affected someone’s ability to drive.

In 1964 it was established for the first time that as our blood alcohol level rises, our risk of being involved in a road accident goes up. A large field study conducted in Grand Rapids, Michigan, brought together data from all the collisions that happened during a single year, from tiny fender benders to fatal crashes. This included data gathered from breathalyser tests.

When Prof Richard Allsop and the UK road research laboratory got hold of this data they were able to use it to estimate how BAC affected the risk of being involved in a collision, and provided the Ministry of Transport with a risk curve.

The Grand Rapids data suggested that by the time BAC reached 0.08% the risk of being involved in a collision was roughly doubled, and this is why 0.08% was chosen as the threshold for the drink drive limit when it was introduced in 1967.

Since the UK drink drive limit was set in 1967, further research has shed more light on the risks attached to drinking and driving. 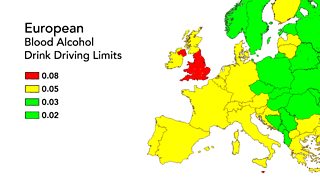 The data from the Grand Rapids study allowed experts to calculate the risk of a driver being involved in any kind of collision after drinking, but subsequent studies have shown that that the risk rises much more steeply for severe kinds of collision, and in particular for fatal collisions.

Prof Allsop has calculated that in addition to the 240 lives a year that are lost due to people driving over the current limit, a further 60 lives are being lost due to drink driving at lower levels. His estimate is that lowering the limit to 0.05% would save around 25 lives a year.

Currently, the drink drive limit in England, Wales and Northern Ireland of 0.08% BAC is one of the highest levels in Europe.

In 2001 the European Commission recommended that drink driving thresholds should be set no higher than 0.05% BAC. Scotland reduced its limit to 0.05 in 2014 and Northern Ireland has signaled its intention to follow suit. Some countries in Europe have an even lower level of 0.02% BAC.

We asked the Department for Transport for comment. They said:

“Drink driving is completely unacceptable, which is why there are tough penalties and rigorous enforcement in place for those who do this.

The Government currently has no immediate plans to lower the drink drive limit, however, we keep this policy area under constant review and will always welcome robust and accurate evidence on this subject.”