Chef and humanitarian José Andrés has been chosen as the BBC World Service’s second Global Food Champion. He was not able to collect the award in person as he was in Guatemala with his charity ‘Central World Kitchen’, providing free meals to survivors of the volcanic eruption there. It’s indicative of the kind of person José is. As well as being a critically acclaimed chef, with two Michelin stars and a portfolio of 30 restaurants, he is also a visionary humanitarian who uses his skills and knowledge as a chef to help and inspire those in need. In the aftermath of Hurricane Maria in Puerto Rico in 2017, he went there straight away to see how he could help. In his words he ‘just started cooking’, but the outcome was a staggering 3.4 million meals provided to every municipality on the island, far surpassing the reach of the authorities. 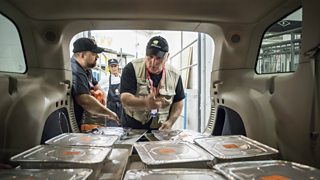 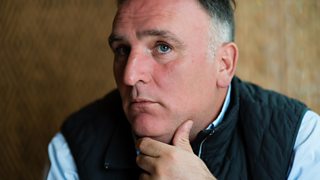 José Andrés is a passionate advocate of poverty and hunger issues around the world, in particular replacing cooking with charcoal for clean cook stoves . He cut his culinary teeth with the renowned chef Ferran Adrià in his native Spain, and has since become an unofficial ambassador for Spanish ingredients and eating culture in the USA as well as an icon of modernist cooking. On winning the award, he said “I am very humbled, but I don’t take this for myself, I take it on behalf of the amazing men and women that - especially this year - have been committed to making sure that everyone in the USA and around the world gets a plate of food”.

The judges were looking for someone who:

Find out who won last year.

In 2017, Joan was nominated the Best Chef in the world by The Best Chef Awards Academy. With his two brothers, he runs the three-Michelin starred restaurant El Celler de Can Roca in Girona, Spain, which was named The Best Restaurant in the World in 2015 and 2013. The Roca Brothers were appointed global UNDP Goodwill Ambassadors in 2016 and have been working with the Sustainable Development Goals Fund to raise awareness of the important role of food in sustainable development.

Karen is director of the CGIAR Research Program on Policies, Institutions, and Markets, led by the International Food Policy Research Institute. The Program supports policy reforms for a food secure future. Prior to joining the International Food Policy Research Institute in 2012, she worked for many years on the agricultural programmes of the World Bank, with emphasis on Africa South of the Sahara.

Anthony's mission as CEO of healthy snacks company Graze is to use technology to spread his brand. Formerly innovation manager at Innocent drinks, Anthony first joined Graze in 2009 as head of marketing.

The Samoan-born, New Zealand-raised restaurateur, chef and food writer is well known for her role as a judge on MasterChef UK. Monica has worked in some of London’s finest restaurants and opened her first establishment, Mere, with her husband in London in 2017.

Marcus is an Ethiopian-born Swedish-raised chef, restaurateur and food writer. He is the chef behind many restaurants worldwide including Red Rooster Harlem, Streetbird Rotisserie and Marcus B&P. Marcus was the youngest person to ever receive a three-star review from The New York Times and has won multiple James Beard Foundation Awards including Best Chef: New York City.