Every year, social media becomes flooded with colourful jigsaw puzzle pieces, bold profile photo frames, catchy hashtags, and requests to ‘Light it Up Blue’ - all in support of Autism Awareness Week, which occurs during the first week of April. These actions help raise awareness of autism while showing support for autistic people, so it’s all good, right? Not exactly.

While it’s wonderful that people are keen to start a dialogue around autism, some ways of showing support may actually be doing more harm than good, and increasing stigma around the condition.

Year after year, well-meaning individuals unknowingly endorse campaigns and fundraisers that don’t reflect the interests of autistic people. Written by an autistic person, this article serves as a guide to navigating Autism Awareness Week. It will hopefully help people to make more informed choices about who or what they’re supporting this April. 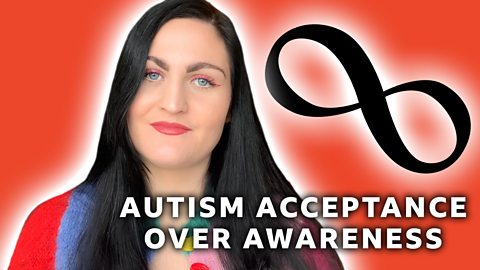 "Acceptance is more important than awareness"

Autistic people aren’t being pedantic when we say that ‘acceptance’ is a much more suitable term than ‘awareness’ in discussions about autism. There are two main reasons why many autistic self-advocates strive for autism acceptance over awareness.

Firstly, autism is now a very well-known condition so raising awareness of it is less relevant than it was a few decades ago. Also, in popular media, autism is often portrayed as something to be feared or eradicated. While autism is a common topic in films, TV, and books, it is rare that autistic characters are fully accepted for who they are, so ‘awareness’ isn’t enough.

Neurotypical people still dominate discussions about autism, and Autism Awareness Week is no exception to this.

People also talk of autism being a ‘tragedy’ or an ‘illness,’ and think that we should get treatment to make us act more neurotypical, or that we should be cured altogether.

While it may sound extreme, this perspective is actually quite common. For example, one of the most influential autism charities worldwide spends more on research towards curing autism, than on practical support mechanisms to help autistic people live more fulfilling lives.

For us, ‘acceptance’ signifies acknowledgement of our differences, while ‘awareness’ suggests that they’re merely tolerated. When autistic people say we want acceptance over awareness, what we’re essentially saying is society needs to change, not us.

Moving from ‘awareness,’ which is often used in discourses on disease and illness, towards ‘acceptance,’ which is more positive, will help to destigmatise the condition and enable autistic people to speak about our condition on our terms.

Be mindful of who you support

Neurotypical people still dominate discussions about autism, and Autism Awareness Week is no exception to this. 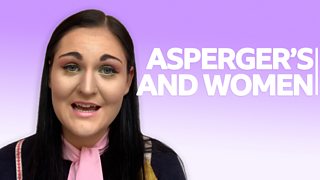 In fact, most symbols and messages associated with Autism Awareness Week don’t represent the autistic community, and actually undermine our efforts to share our own narratives of autism.

Autistic activists have pointed out that due to common gender stereotypes, associating autism with the colour blue reinforces the idea that it’s a condition affecting mostly boys, so it’s not the best colour choice when for improving representation. Similarly, many adult autistics consider the jigsaw puzzle piece symbol infantilising and say that it fuels the popular misconception that autism is a ‘children’s disorder’.

When endorsing campaigns and donating money, make sure you do some research on who or what you’re supporting. There are plenty of networks and charities run by and for autistic people that work on improving access and inclusion and their websites and social media pages often have guidance on charities and organisations to support, so you know exactly where your money and resources are going.

In recent years many autistic self-advocacy networks and charities have encouraged people to wear red or gold instead of blue and have replaced the jigsaw puzzle piece with the infinity symbol, demonstrating some of the ways autistic-led campaigns and movements are changing the face of Autism Awareness Week.

Small changes mean the most

Following autistic activists on social media, reading experiences and accounts of autism written by autistic people, and supporting the work of self-advocates are all great ways to boost representation for autistic individuals. That being said, it’s often the small changes in day-to-day life that mean the most.

With a little effort, empathy, and understanding, we can enable autistic people to reclaim the narrative of Autism Awareness Week.

You could talk to the autistic person in your life (if they’re up for it), or liaise with your local autism self-advocacy network, to work out how to make your immediate environment more accessible. This could include things like dimming the lights, turning off the music, or reducing social demand. Using clear and concise language, communicating routine and timetable changes in advance, and not assuming that people know what you’re thinking from your facial expressions alone are also good ways of showing support.

Check up on your autistic friends, family members, and colleagues, and be patient and empathetic. Understand that we all have different wants, opinions, and requirements, so it’s important not to make presumptions based on someone’s diagnosis or neurotype.

Despite its many issues, Autism Awareness Week presents a great opportunity to change the dialogue around autism into something more positive. With a little effort, empathy, and understanding, we can enable autistic people to reclaim the narrative of Autism Awareness Week.