What determines our body image?

There is an intimate link between how we feel and how we look. Insecurities about our body image may make us feel low or anxious; equally, a buoyant, carefree mood may lead us to make bolder, more impulsive statements with the way we present ourselves.

In One to One, Helen Mort explores this link, and the emotive decisions we make in relation to statement haircuts, tattoos, and physical fitness. What drives us to look the way we do?

‘Lockdown hair’ has come to mean many different things to different people. For some, spending several months with no access to a hairdresser meant visible roots, grey stripes, and split ends as our hair attempted to revert to its natural state. Others took matters quite literally into their own hands and risked home trims, buzzcuts and box dye.

Hairdresser Niamh Kavanagh decided to give herself a rainbow fringe. She was delighted when a little girl in the street looked up at her in astonishment and said: “Oh Mum, her hair looks like a My Little Pony!”

“Oh Mum, her hair looks like a My Little Pony!”

While Niamh took this remark as a compliment, attention from others is not necessarily welcome. This was brought to the fore for Niamh when she was pursued around a pub by a drunk woman trying to pull her styled hair when she had expressly denied her consent.

This issue is also a frequent occurrence for many black people who are subject to unwanted contact by strangers wanting to touch their afro-textured or braided hair.

This issue is summed up in the title of a book by Irish-Nigerian writer Emma Dabiri, Don’t Touch My Hair. For so long, black people had to conform to Caucasian beauty standards, but a natural hair movement has been gaining momentum since 2010.

While this could be an empowering time to embrace one’s natural appearance, Emma’s work highlights the way in which black children have faced punitive measures at school for sporting traditional black hairstyles.

Individuals are facing discriminatory measures when they are unable to make their hair conform to regulations which can be physically damaging.

Far from being free to express themselves, individuals are facing discriminatory measures when they are unable to make their hair conform to regulations which can be physically damaging.

Emma recalls herself how, as a child, she had a perm by an inexperienced family friend, which left her hair coming out in clumps.

Tattooist Lou Hopper has intricate designs inked over almost the entirety of her body. She has been subject to unwanted stares and attention as a result, and explains it can be quite wearing and intimidating. Strangers have gone so far as to grab her arms or touch her to look at her tattoos.

She says: “It can be quite hard to be on the receiving end of that constantly, because that’s not why a lot of people get heavily tattooed. It’s not an attention thing … it’s purely because you like those images … but you do get an awful lot of ill-conceived and creepy questions with it as well.”

Lou says people ask suggestively about how much of her body is tattooed as a conversation starter.

How have our perceptions of tattoos changed? 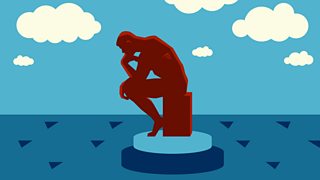 Retired athlete Anyika Onuora found that the pinnacle of her career coincided with the height of her self-confidence. As a teenager, Anyika, who was born to Nigerian parents, found herself making critical comparisons between her body and those of her predominantly white school friends.

Not only did she straighten her afro hair, she also felt as though her build was different, and she tried to cover herself with a pleated skirt to avoid exposing her legs.

As her career and athleticism developed, her body underwent changes, and she grew to love the abs she developed, leading her to care less about the way her legs looked.

The relationship with her body fluctuated. Unhappy with her performance before one major championship, Anyika stopped eating entirely – a decision she admits she is now not proud of. She overcame this “dark moment”, however, and went on to discover how best to fuel her body. Her career and confidence soared.

The year was 2016, and Anyika won a bronze medal in the 4 X 400m relay at the Rio Olympics. “In 2016, I was in a really good place physically. The old Anyika who had body image hang ups, she was nowhere near. I was a much more elite and professional athlete.

Lou Hopper also found that her mental wellbeing contributed to her outward appearance, but in a very different way.

Her first tattoo was of a sun between her shoulder blades. She explains its significance, saying: “At the time it was marking the point in my life where I felt like I’d come out of quite a dark period and an unhappy time in life. The sun was to symbolise a fresh start and brighter times. It was very obviously and closely linked to that point in my life.” She believes that this is likely to be true for most people’s first tattoo. 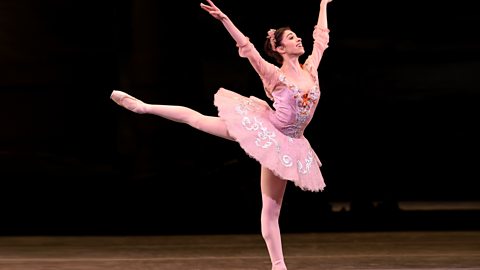 How far has the ballet world come in changing its attitudes towards diet and nutrition?

Similarly, Niamh explains that people often opt for radical new hairstyles during major life events or emotional upheaval: “Childbirth is massive, break ups, sometimes death, depression, anxiety, a new job, sometimes people aren’t well and they need to adjust what their hair is like so that they can cope with it better. All of those things are part of what we go through, and I think hairdressers are very much part of that. It’s an honour.”

As an extension of our personality, the way we present ourselves develops as we do, and this can continue for our whole lives.

Niamh has an 86-year-old client who has her hair dyed turquoise. This is an outer expression of her personality, explains Niamh: “She has lived a very brilliant life, and this blue hair is a true expression of her true self. She’s very funny, she’s extremely clever, very articulate; her hair tells you exactly the type of person she is.”

Meanwhile, Lou’s oldest client to date came for her first tattoo when she was 73. She requested forget-me-nots in honour of her mother.

The client had such a positive experience, explains Lou, “she actually came back a fortnight later and had some more done.”