Joan Eardley's paintings helped to portray the stark reality of childhood in Glasgow’s post-war slums. WILLIAM COOK considers an artist who posthumously continues to grow in popularity. The Eardley exhibition at the Scottish National Gallery of Modern Art ends on 21 May 2017.

It’s half a century since Joan Eardley died, aged just 42, but here in Scotland, where she made her home, her reputation keeps on growing.

Edinburgh’s Scottish National Gallery of Modern Art receives more requests to see her work than the work of any other artist, and now they’ve responded to popular demand with this stunning solo show.

Joan Eardley was born in England in 1921, but her family was Anglo-Scots. Her father was gassed while fighting in the trenches in the First World War, which left him with shell shock and depression.

When he subsequently killed himself, Joan’s mother took Joan and her younger sister to live with relatives in Glasgow.

Joan studied at Glasgow School of Art, where she shone. While other star pupils went south to try their luck in London, Joan stayed on in Scotland and found her voice. 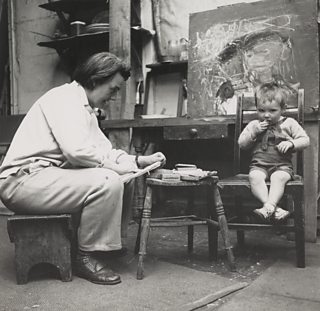 While other star pupils went south to try their luck in London, Joan stayed on in Scotland and found her voice.

"She’s such an individual artist – a bit of a loner, even," says the show’s curator, Patrick Elliott. It was this individuality, in her life and work, which made her art unique.

Eardley rented a studio in one of Glasgow’s poorest districts, Townhead.

For a young single woman in the 1950s, this was a bold, brave move. Townhead was a slum. Its tenements were condemned, its inhabitants lived in poverty.

The entire area was earmarked for demolition. Yet it was here that she discovered a subject which inspired her. Other artists preferred the safety and seclusion of the studio.

Eardley went out on the streets, sketching the local children. "I like the friendliness of the backstreets," she said. "Life is at its most uninhibited here."

Eardley drew with fearless honesty, and that’s what makes these pictures so compelling. Her portraits were utterly unsentimental – she painted what she saw.

She befriended one family in particular, the Samsons, and painted their children – a dozen of them, over the course of a decade. Several of them, now pensioners, were at the opening of this show.

They have fond memories of Eardley. They’re proud of these raw paintings. She used to give them pocket money. She used to buy them clothes, and coal.

Joan should have been here to see it," says Ann McKenna, as we walk around this show together. Ann was the youngest of the Samson children.

Her face stares back at us from these portraits, like a memory from long ago. As her big brother Andrew says, these paintings will still be here when they’re all long gone.

The other place Eardley found to paint was a complete contrast to Townhead. Through a fan of her work who became a friend, she chanced upon a fishing village called Catterline, on Scotland’s wild and windswept north east coast.

A huddle of squat cottages on a steep cliff above a secluded bay, it was a bleak and lonely spot, but for Eardley it felt like home.

Even today, Catterline feels remote and Spartan – one pub, no shops, a dozen rudimentary dwellings. Sixty years ago, when Eardley lived here, it was even more austere. 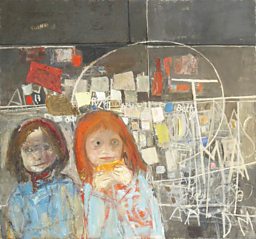 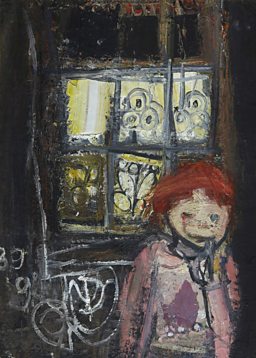 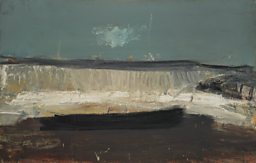 Her two room house was pretty basic - a bare earth floor, no electricity or running water - but she loved living here. She was out in all weathers, painting every day. She captured the savage beauty of the landscape, the fierce light, the shifting colours of the sea and sky.

"She just wanted to paint," says Ron Stephen, who was born and raised in Catterline. Ron got to know Eardley when he was a child.

He used to watch her painting, on the beach and in her studio. He used to pester her for sweets. "She always had a wee bag of sweeties on her easel.

Scottish critics, curators and collectors all recognised her talent, but she was already running out of time. In 1962, she was diagnosed with breast cancer. She refused medication so she could continue working.

Even when cancer left her housebound, she carried on painting still lives. "I hate it when bodies go wrong like this," she confided. "I’m really quite frightened."

In 1963 she had her first big show in London, but she was too ill to attend. She died that summer. Her ashes were scattered on the beach at Catterline.

It’s heartbreaking how many of Eardley’s finest pictures were painted in the few years before she died. A lot of artists are only just getting started in their early forties.

Eardley hit her stride a decade earlier, but she showed no sign of slowing down. Her brushwork was becoming freer, she was discovering richer colours. Her career lasted less than twenty years. There was so much more to come.

‘I don’t think there’s anybody else that has painted two completely different subjects, in the same way, with the same passion, and caught both of them,’ says Eardley’s niece, Anne Morrison, who grew up in Glasgow, and knew Eardley when she was a child.

As Anne observes, Townhead and Catterline actually had quite a lot in common.

They were both communities on the edge. Catterline is still there, still much the same, but Townhead has been bulldozed - replaced with high rise flats and a new motorway. Her haunting portraits of its children are all that has survived.

Eardley is adored in Scotland – Scottish eyes light up at the mere mention of her name – but outside her adopted homeland, she’s still relatively unknown. So why is she revered here, and so unfamiliar elsewhere?

Because she lived and worked here, and grew to know the people and places that she painted. Because she painted Scots landscapes and cityscapes, rather than cultivating a career in London.

This retrospective repositions her as an artist of national and international importance. Finally, after all these years, Joan Eardley’s time has come.

Joan Eardley: A Sense of Place runs at the Scottish National Gallery of Modern Art until 21 May 2017. 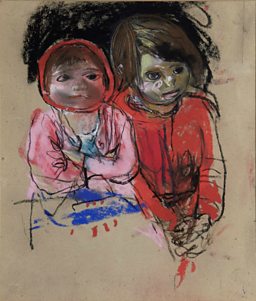 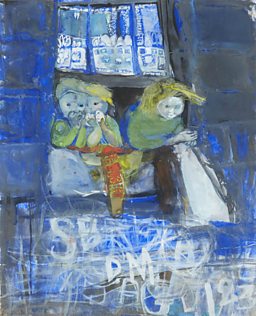 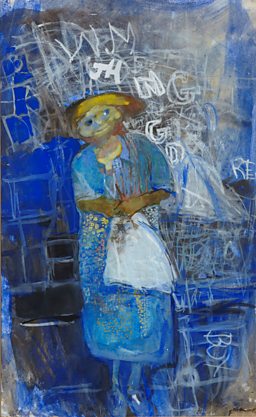 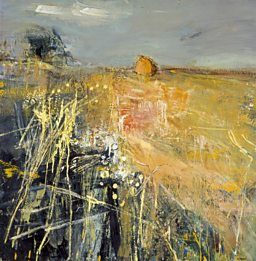