Can we avoid the consequences of Chinese tech dependency? 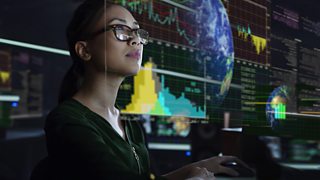 The Cold War saw the West, particularly the US, power ahead of the Soviet Union in terms of economic growth. China today is a different proposition. As BBC Security Correspondent Gordon Corera says in Radio 4's The New Tech Cold War, China is “not just an ideological competitor but an economic giant” and one with a $1.5 trillion dollar investment plan for key technological sectors.

The fear is that, in the tech arena, the West has fallen behind China. Hauwei’s much publicised lead on 5G has put this issue into the spotlight. The US is pulling towards "decoupling", but the UK maintaining a limited collaboration. Split on tactics and behind on funding, the West is trying – perhaps not hard enough – to catch up. Is it too late – do we have to get used to a new world order?

What has Sputnik got to do with the New Tech Cold War?

When the Russians launched Sputnik – the first artificial satellite – in 1957, it caused a shockwave across America, changing the course of The Cold War and bringing NASA into being. “How did a nation of backward peasants forge so dramatically ahead of us in the race to space?”, pondered one broadcast editorial. The Americans were rattled then, and Hauwei’s lead on 5G – the communication system that will dominate the near future – has them rattled again.

“An awful lot of people position this as a death-match between China and the US, China and Europe, China and the West,” says Erich Schmidt, Google’s former CEO and now chair of the Pentagon’s Defense Innovation Advisory Board. Schmidt says that Hauwei has become a Sputnik issue for American strategists “in the sense that they were not aware of this problem and now they have to deal with it.” 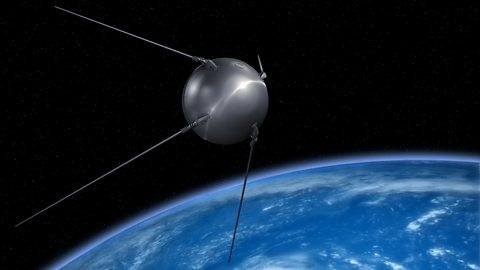 First Sputnik, now 5G – is it a game of catch-up, or capitulation and co-existence?

Why is Hauwei’s 5G a threat?

Hauwei is perceived to offer a "back door" for China to spy on the rest of the world. Though Schmidt is more a dove than a hawk in relation to 5G, even he admits that there is no doubt that information in Hauwei’s routers has “ended up in the hands of what appear the state government’s.”

We see – from investigations in the US and around the world – China's theft of intellectual property and trade secrets.
Bill Evanina

“Beijing understands that technology, data and communication will underpin economic and political power this century,” says Nigel Inkster, former MI6 boss and long-time China watcher, and this includes the ability to “turn services off.”

Dependence on China is the fear driving a wedge between East and West, but Huawei strenuously assert their independence from any government influence. “As our Mr Ren [Zhengfei], the founder of Huawei, said, he would rather shut down the company than be involved in compromising private data,” reminds Victor Zang, Hauwei’s Vice-President.

Nevertheless, the American intelligence community – with whom President Trump is in step on this issue at least – is in no doubt that Huswei is part of China’s plan to be “the geopolitical, economic and military global leader”. These are the words of Bill Evanina, director, National Intelligence and Security Centre. Evenina thinks if it wasn’t Huawei, another company would be fulfilling the same role. “To the credit of the Chinese Communist Party,” he says, “they lay out their ideals and interests quite clearly. We see – from investigations in the US and around the world – their theft of intellectual property and trade secrets.”

A Chinese perspective – "deal with it"

International businessman Victor Gao, a former diplomat at the Chinese Foreign Ministry and translator for former Chinese leader and moderniser Deng Xiaoping, takes a pragmatic view that Hauwei is simply “better and more successful”. He feels that American accusations stem from insecurity, a failure to keep up and they show that detractors are “plagued by their own fear, xenophobia, or hysteria” in the face of China’s success.

It’s in the West’s interests that every technological platform has western values in it.
Erich Schmidt

Quantum computing – the next generation of super computers – could break encryptions used for anything from credit cards to military operations; use of it is likened by technology CEO and professor at Washington University, Sultan Meghji, to “how the Allies broke Enigma in World War Two.” Meghji notes that China’s spending on this area is estimated at around $50bn, while the West’s is in single figures.

Meanwhile, forays into AI and access to "big data" have caused so much concern that the US regulator actually requested that the sale of gay dating app Grindr to a Chinese company be reversed.

Globalisation comes crashing down to earth

The acquisition of Western tech companies by Chinese companies means that national security has to be more vigilant across a range of business activity – it’s not just about defence firms anymore.

Meanwhile, the whole concept of globalisation has been brought into question.

“So far, the idea has been that globalisation has been a good thing,” says Elizabeth Braw from the defence and security think tank RUSI (the Royal United Services Institute). “Countries specialise in different things and everybody benefits, prices become lower and life becomes more convenient for everybody – but the problem is that when one country exploits that global playing field and doesn’t play by the rules.”

How does the West respond?

Nigel Inskster believes it would be “literally impossible” to disentangle the levels of global engagement between countries. “We are going to have to find a way to build a new model where we accept entanglement and work out how to develop new strategies to manage the very real risks.”

Eric Schmidt feels inbuilt prejudices about the Chinese capability to innovate, and a fallback in research funding, are preventing the West from being competitive. However, on the issue of Hauwei and 5G, he feels that collaboration is the way forward, and that "decoupling" from the 5G platform will increase China’s momentum.

“China is going to dominate whether we couple or decouple,” Schmidt says. “It’s in the West’s interests that every technological platform has western values in it.”