Travels in Euroland with Ed Balls

In Travels in Euroland with Ed Balls, the former Shadow Chancellor heads to Europe to discover why so many people are rejecting mainstream politics and supporting the rise of right-wing populism. Exploring national identity, Ed immerses himself in the lives of ordinary voters to find out what’s behind this revolution and what the potential consequences are for Europe’s future.

Politics as we know it is changing - not just in America and Britain but across the continent of Europe too, where new and often right wing parties, led by charismatic populists, have been springing up and winning votes.

In Travels in Euroland, I set out to find out if we are likely to see more Donald Trump-style leaders coming to power on our doorstep - and whether the kind of frustration at the EU and politics which we saw here in the U.K. in the Brexit referendum is now spreading across the rest of the continent.

The same themes which I saw in Travels in Trumpland, and which we have all lived through over the last three years in Britain, echo again and again across all the other European countries I visited. People who feel they are not listened to, who feel that rapid change is destabilising and putting at risk their livelihoods and traditions, are turning away from ‘mainstream’ politics in search of answers and solutions - often from larger than life characters who make big promises and have yet to be tested to see if they can deliver. And when we are talking about far-right leaders in Germany or France, I hope they won’t ever get the chance.

From steel-making in Britain to fishing in the Netherlands, lace-making in France and coal-mining in Poland, new technologies and rapid global economic integration have put many traditional industries under threat. Fears about unfair foreign competition and worries about the pace of immigration cropped up again and again in all the conversations I had across the continent. 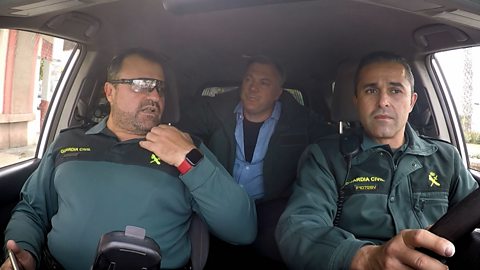 But this worry about change was not just about jobs and wages but also local communities and traditions that people feel are under threat. And if mainstream politics doesn’t listen and provide answers so people can feel both proud and more secure in their lives, then this is fertile ground for more extreme and populist politicians to step in and win support.

Filming this show took me across Europe to discover how the divisions exposed by Brexit are being reflected across the EU. I met voters to find out what the future of Europe holds for its citizens, from Spain to Holland, Poland to Germany and France to Italy. The aim of the series was to speak to the people on the ground, walking a few miles in their shoes to find out how they really feel. The producers like to put me in tight spots and I think that if you throw yourself into situations and muck in then everyone relaxes and has a laugh - and that can sometimes lead to some of the best and most revealing conversations. 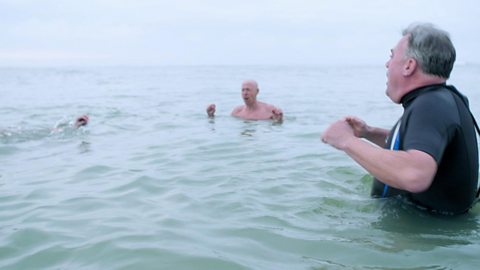 An icy dip in the North Sea

Ed joins a group of proud Dutchmen for a swim in the cold waters of the North Sea.

There were so many moments when I found the politics I encountered really quite challenging, especially when I came face to face with politicians peddling what I felt were dangerous and divisive messages. But the most ‘truly out of my comfort zone’ moment? It would have to be a buttock-massage in Milan. It was so.... invasive. I have never squealed so much in my life. But the masseurs didn’t seem to mind - they’d seen it all before. You can re-live the moment on BBC iPlayer at your peril.

From buttock massages, to bull-fighting, I also spent time in a Polish mine. I will never forget the laughter and anticipation as I walked into the lift cage with a group of Polish miners to descend a mile underground and work a hot and sweaty eight-hour shift before returning to the surface and the sunlight. I had never been that deep into the earth’s crust before and, as former MP in a coal-mining district, seeing the hardship and camaraderie which distinguished that industry for so many decades, I found the whole experience deeply moving.

Watch Travels in Euroland with Ed Balls on BBC Two on Thursday 23rd Jan at 9pm, or on BBC iPlayer.