Is it true that shaving causes hair to grow back faster and thicker than it was before? And is waxing any better? 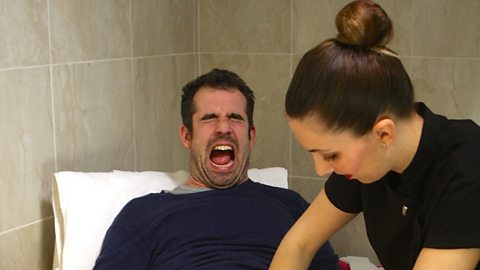 The hairs on our head grow for several years before falling out and starting again. But elsewhere on the body hairs have a much shorter growing phase and so only reach a certain length before they fall out. Some of us are locked in a constant battle to remove hair, while others would like their hair a bit thicker!

So, what about shaving it, or pulling it out? Does either method affect the growth of hair?

Shaving simply chops the hair off above the skin. It leaves behind a hard, stubbly end which can make the hair appear a little thicker and darker.

Waxing pulls the hair from the root, so when they grow back it takes them longer to become visible above the skin, even though they’re growing at the same rate. It also means that when they appear above the skin the hairs have a naturally tapered end which makes them appear finer, and less visible.

It’s often claimed that constantly pulling out hairs may have a long term effect on how the hair grows, but no-one has done a long term study to prove this and experts doubt that it would make a difference.