Euro 2022: England kick off with a win against Austria 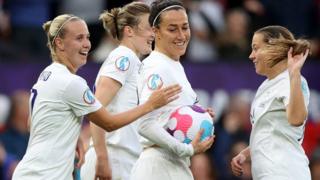 The first game of the 2022 Women's Euros kicked off last night and it was a great start for England!

The tournament hosts beat Austria 1-0 in front of a recording breaking crowd of 68,87 fans who cheered the Lionesses on as they scored their winning goal.

England boss, Sarina Wiegman said: "The first game in a tournament, it's so important to win and have a good start."

The game was played in Manchester at Old Trafford. 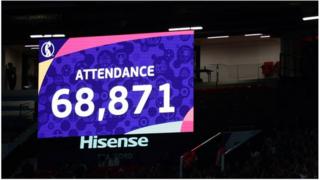 Beth Mead scored the only goal of the game in the 16th minute of the match.

The goal was allowed after VAR checked it wasn't offside.

Mead said: "I was pretty sure [it crossed] but you always doubt yourself when a bit of time passes.

"It's beyond words. What an amazing night to start the tournament with a win." 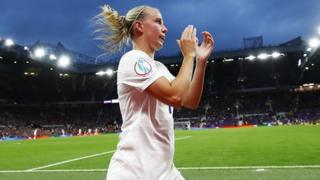 Getty Images
Beth Mead has scored 15 goals in 15 appearances for England since the start of 2021, more than any other player for the Lionesses

England's team captain, Leah Williamson praised the crowd's loud encouragement she said: "What an occasion. The fans came out, we connected well."

"It was pretty special, I had no idea what to expect. We embraced it really well. I kept my eyes closed during the national anthem. If I'd looked at mum I'd have started crying. I kept it at bay.

"You don't have to be at your best in the first game and you can grow. Points on board is the most important thing.

"We've dealt with pressure and expectation and it's over now. Good start."

England will play their next game against Norway July 11 2022!