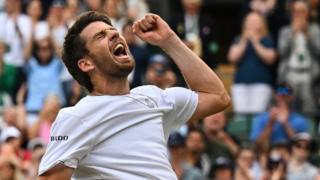 Cameron Norrie is the only British tennis player in the singles tournament left in at Wimbledon, after he made it through to his first Grand Slam quarter-final.

"But I think it's even more reason for everyone to get behind me."

Norrie, who is British men's number one, will now face David Goffin in their last eight match on Tuesday.

He is the first British man to reach the singles quarter-finals since Andy Murray in 2017 and first British player since Johanna Konta in 2019. 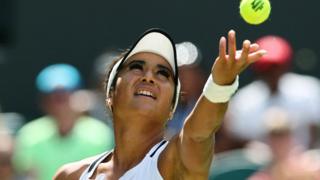 Getty Images
Heather Watson is out of the competition

Watson said she had missed "a big opportunity" in what would have been her first Grand Slam quarter-final had she won.

The British number four has played on every day of the tournament so far and was competing in her first major fourth-round match.

"I know when I light it up, I can play really well and beat anyone on my day, just like anyone on tour," she said.

"I'll look back and be proud of myself I think for this week. But right now I'm a bit disappointed." 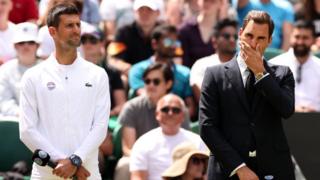 Watson's match had followed a celebration of 100 years of Centre Court with several of the tournament's most legendary players, including Andy Murray, Roger Federer and Novak Djokovic. 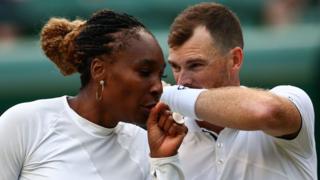 Meanwhile Andy Murray's brother, Jamie Murray and his mixed-doubles partner Venus Williams were knocked out in their last 16 match.

Murray and Williams had lots of chances to win - with five match points - but were beaten by British pair Jonny O'Mara and Alicia Barnett in a thrilling final-set tie-break, 3-6 6-4 7-6 (18-16).

Jamie Murray is back in action on Monday with men's doubles partner, Brazilian Bruno Soares in their last 16 match against Australian John Peers and Slovakian Filip Polášek.

Have you been watching Wimbledon? Who do you want to win? Who is your favourite player and why? Let us know in the comments.

Wimbledon 2022: Raducanu and Murray out of Wimbledon