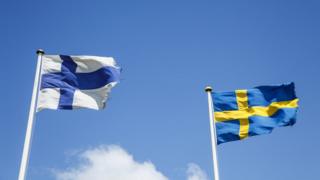 Finland and Sweden, two northern European countries, have been invited to join a group of countries called Nato.

Nato countries, which includes the UK and US, promise to defend each other if they are attacked.

It's a decision that's a big deal because of what it means to the president of Russia, Vladimir Putin, and other Nato countries.

President Putin does not like Nato and is upset that more nations are trying to join this club of countries.

But why is he unhappy with Nato? And what does this mean for Finland, Sweden and the ongoing war in Ukraine? Read our guide to find out...

What is Nato and how is it helping Ukraine?

What's the history between Russia, Ukraine and the West? 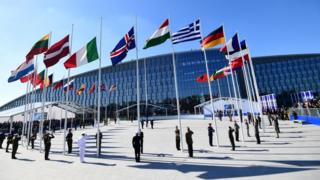 The North Atlantic Treaty Organization, or Nato for short, is made up of a group of mainly European countries and the United States of America.

It was formed in 1949, just a few years after the end of the Second World War.

One of the benefits of joining Nato is that member nations promise to defend one another if they are ever attacked by an enemy state.

But becoming a member of Nato is not always an easy task.

There are certain rules that members are meant to stick to and lots of countries who have applied in the past have not always been granted access.

You can read lots more about Nato and its history here.

What is the history between Russia and Nato? 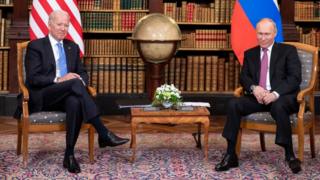 There is a long and complicated history between Russia - which was once part of a union of nations known as the USSR or the Soviet Union - and a group of countries to its west.

These western countries that Russia had less than friendly relationships with include the United States, the United Kingdom and a lot of other nations that are now members of Nato.

In fact, Nato was set up in part as a way for member states to protect themselves if there ever was a war with the Soviet Union.

For decades, tensions between what was then the Soviet Union and these western countries was very high.

This period was known as the Cold War. While there was no actual physical conflict between the two sides, for a long time many people feared that the tensions would escalate into full-scale war.

You can read more about the Cold War here. 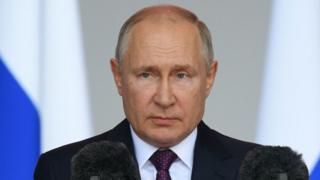 After the fall of the Soviet Union in 1991, relationships between western countries and Russia improved, but they have never been considered friendly.

President Putin has often commented that Nato has grown too big and too powerful. He sees Nato as a threat to Russia's safety and security.

Before Russia invaded Ukraine in February, the President had voiced his concerns that Ukraine would join Nato.

And one of the reasons people believe President Putin invaded Ukraine was to prevent the country from joining Nato and from forming closer ties with western countries.

Finland is a next door neighbour of Russia, with the two countries sharing a 830-mile long border.

As a result Finland, and its neighbour Sweden, have wanted to stay out of disagreements with the Soviet Union and Russia as much as possible.

For a long time they did not want to join Nato, which would risk them being seen as opponents of Russia.

But the recent conflict in Ukraine has changed their attitude towards Nato. 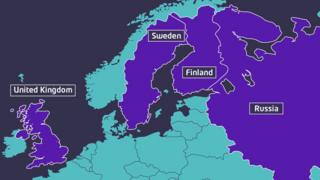 In May, both Finland and Sweden announced their desire to join Nato.

"The best thing for the security of Sweden and the Swedish people is to join Nato," the prime minister of Sweden, Magdalena Andersson, told a news conference at the time of their announcement.

"A protected Finland is being born as part of a stable, strong and responsible Nordic region," said Finland's President Sauli Niinistö.

On Wednesday, Finland and Sweden's applications to join were formally accepted, and Nato has now invited Sweden and Finland to join their alliance.

The path was cleared for the two Nordic nations after an announcement on Tuesday that they had made an agreement with Turkey - the only Nato member that was blocking the move.

You can read more about Finland and Sweden's decision to join Nato here. 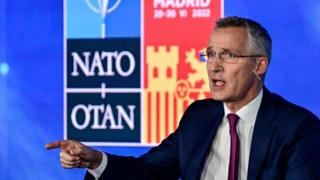 The Heads of Nato have released a statement welcoming their new members.

"The accession of Finland and Sweden will make them safer, NATO stronger, and the Euro-Atlantic area more secure," the statement read.

"And that is exactly what he didn't want, but exactly what needs to be done to guarantee security for Europe. And I think it's necessary." 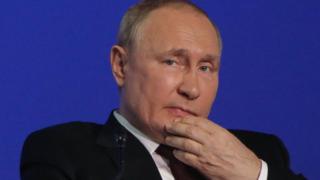 Getty Images
President Putin is less than pleased with the news

President Vladimir Putin was less than pleased with the news.

"If Finland and Sweden wish to, they can join. That's up to them. They can join whatever they want," he said in a news conference.

But he warned there would be consequences if Nato set up a military presence near Russia's border with Finland.

What's the history between Russia, Ukraine and the West?