Wimbledon 2022: Raducanu and Murray out of Wimbledon 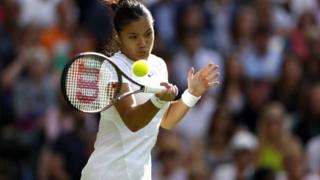 Day three of Wimbledon saw some ups and downs for British players.

Emma Raducanu and Andy Murray were both knocked out in the second round.

But there was good news for Brit Cameron Norrie who won his match, against Spain's Jaume Munar.

If you missed day two of the action, check it out here.

But let's take a look at the highlights from day three.

Everything you need to know about Wimbledon... 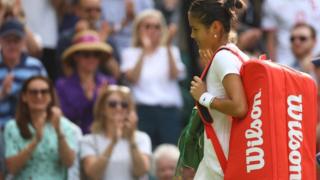 Emma Raducanu faced France's Caroline Garcia in the second round on day two, but she was outpowered by Garcia and lost the match.

The 19-year-old was defeated 6-3 6-3 but she stayed positive when speaking after the match, saying she will continue to "embrace every single moment".

Raducanu has not won match at a Grand Slam since her incredible win at last year's US Open.

Talking after the match she said: "Caroline is a great player. I struggled to find a way through her.

"But it's OK because coming into this I didn't really have many expectations of myself." 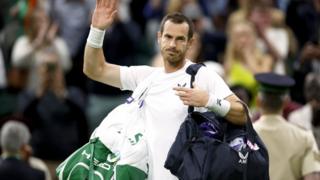 It wasn't good news for Andy Murray either, who was beaten in four sets by American John Isner.

This is the earliest the former world number one has left the competition. 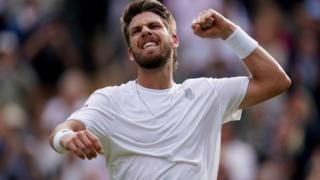 Cameron Norrie did it for the Brits and won his game to reach Wimbledon's third round.

Munar looked as though he was struggling with cramp during the final two sets.

Heather Watson will restart her second-round match against Wang Qiang, after it became too dark to continue on Tuesday night. Watson was leading 7-5 5-4.

Over on Centre Court, fellow brit Katie Boulter will face Czech Karolina Pliskova in the third round.

Rafael Nadal, who has won 22 Grand Slam titles during his career, will be hoping to make it through the next round today. Nadal faces Lithuania's Ricardas Berankis in round two.

Are you enjoying Wimbledon? Who do you want to win? Let us know in the comments below!