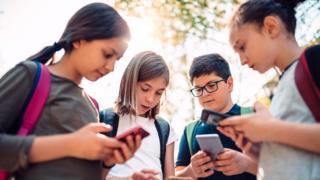 Almost 84% of the world's population has a mobile phone.

But some people feel that some phones are becoming too addictive - even the creator of the mobile phone says people are spending too long on their phones.

Martin Cooper told the BBC that when he led the team that invented the first mobile phone he had no idea how phones would run people's lives 30 years later.

But it seems lots of people are making the choice to ditch the smart phone in favour of a simpler phone, that can do less.

How have mobile phones changed over the years?

Should mobile phones be allowed in class? 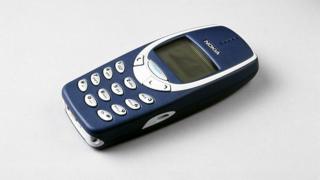 Getty Images
Would you ditch a smartphone for one that could distract you less?

These so-called "dumbphones" are basic handsets similar to the phones available in the 1990s. They can be used for calls, text messages and photos, but not much else.

Google searches for these phones jumped by 89% between 2018 and 2021, according to a report by software firm SEMrush.

Meanwhile, a 2021 study by accountancy group Deloitte said that one in 10 mobile phone users in the UK had a dumbphone.

One 17-year-old told the BBC she doesn't regret getting rid of her smartphone.

"I didn't notice until I bought a brick phone how much a smartphone was taking over my life," she says. "I had a lot of social media apps on it, and I didn't get as much work done as I was always on my phone."

Other people argue that smartphones are essential for accessing information online and they make communication much easier.

What do you think? Would you ditch a smartphone for a basic phone? How much time do you spend using your phone? Let us know in the comments below.