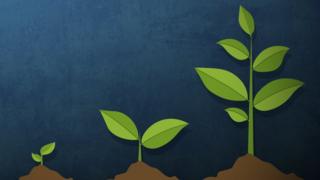 But the way that plants go about making their food - a process called photosynthesis - is not particularly fast or efficient!

And they've been able to grow plants in complete darkness - something that is very difficult to do!

Read on to find out how they did it.

A rare plant has reappeared after 100 years!

How human history affected plant life on the Earth today? 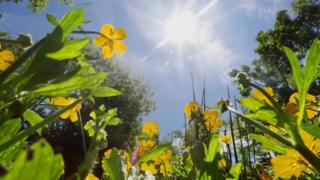 The food plants 'eat' is a little different to what you and I might see as a tasty snack!

Instead of gobbling on burgers or noshing on pizza, plants use a process called photosynthesis to make their own food.

Photosynthesis is a way in which plants can convert light into energy that fuels plants growth.

You can read more about the amazing process that is photosynthesis on BBC Bitesize! 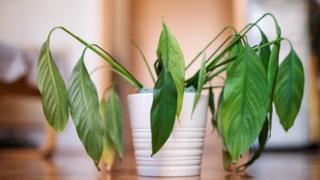 Getty Images
Plants that have too little water or too little sunlight will not make enough food to survive
What's the problem with natural photosynthesis?

Most plant life needs a combination of sunlight, carbon dioxide, water and nutritious soil to grow.

But plants do not make as effective use of sunlight as they could. It's thought that plants are typically able to convert less than 5% of the light energy they absorb into food energy.

Some scientists argue that if we found a way to make photosynthesis in plants more efficient, we could grow more food much quicker - which might solve issues with food supply and shortages around the world. 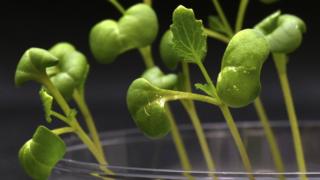 UC Riverside
The scientists were able to grow plants like tomato, rice and green pea in the dark using artificial photosynthesis
So how did the scientists do it?

Researchers used a two-step process to grow a variety of plants, algae and yeast in the dark.

First, they were able to convert carbon dioxide, electricity and water into a substance called acetate.

They fed the plants this acetate to help them grow in complete darkness.

Secondly, they used solar panels to power a separate process called electrocatalysis, which helped the plants to photosynthesise.

"If we get rid of the need for sunlight, then we can grow multiple layers of crops at once, similar to the way mushrooms are grown, and create a sort of food factory." said study co-author, Feng Jiao.

While the researchers were able to grow the plants using this brand new method in darkness, it's not yet clear if they produced any fruit or how large the plants grew.

But Elizabeth Hann, co-lead author of the study, said their artificial photosynthesis method was "a more efficient method of turning solar energy into food" than the usual biological photosynthesis. 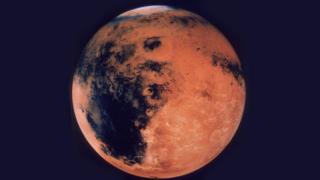 Getty Images
Could artificial photosynthesis help grow food on the red planet?
Could we grow plants on Mars?

The scientists who developed this study are excited about what their artificial photosynthesis could lead to.

Planets like Mars, which gets less sunlight than Earth, may now be able to grow food in the future thanks to this process.

"Imagine someday giant vessels growing tomato plants in the dark and on Mars - how much easier would that be for future Martians?" said Martha Orozco-Cárdenas, director of the UC Riverside Plant Transformation Research Centre.

What do you think about the research? Do you think this is an interesting discovery?

How human history affected plant life on the Earth today?