Running up that Hill: Which older songs and artists do you enjoy? 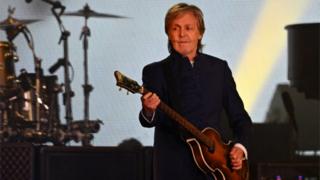 Sir Paul McCartney has made history by becoming the oldest star to ever headline Glastonbury and did it in front of a MASSIVE crowd.

He's not the only 'vintage' star smashing it right now - your grandparents' old faves are everywhere.

Singer Kate Bush has topped the UK charts with a song released way back in 1985! The song, Running Up That Hill, was made popular again recently when it was featured on Netflix show Stranger Things and was picked up by people on TikTok.

She has broken the record for the longest time between number ones as it has been 44 years since her first song, Wuthering Heights, topped the charts.

There are plenty of other examples of vintage legends who're back in the charts and on radio and TV right now and we want to know if there are any other stars from the past that YOU enjoy.

If so, how did you get into their music? Maybe your mum or dad played their music for you or you heard it in a film or on TV. Take part in our vote and Let us know in the comments.

Glastonbury festival is back! All you need to know 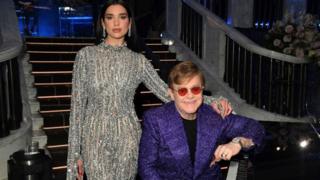 Getty Images
Dua Lipa has had a big hit with Elton John - who was a star when your grandparents were young!

Kate Bush is not the only megastar from the past whose music is becoming more popular again.

Elton John got his first number one in 16 years when he collaborated with Dua Lipa on the song Cold Cold Heart last year and Queen and Adam Lambert were one of the big performers at the Queen's Platinum Jubilee. 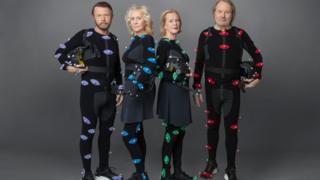 Music legends Sir Paul McCartney and Diana Ross - who both became famous in the 1960s - are performing at this year's Glastonbury music festival this year,

1970s Swedish band ABBA - whose songs have never really gone away, due to the hit musical Mamma Mia - have made a comeback with their virtual tour, where avatars of their younger selves perform their classic songs. 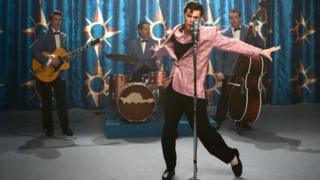 Warner Bros Pictures
A new movie about pop icon Elvis Presley is out in 2022.

And Hollywood loves nothing more than bringing out films about old pop stars!

There is a big film about Elvis coming out this summer and, in recent years, films about Queen singer Freddie Mercury and Elton John have been big hits with fans and in cinemas too.