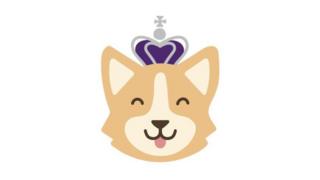 PJ is named for the jubilee and can be used when talking about the jubilee on social media.

PJ is a cheeky looking corgi, tongue out, smiling and wearing a purple and silver crown - in keeping with with the Jubilee theme.

Clarence House another of the Royal's social media accounts wrote: A warm and waggy-tailed welcome to PJ the corgi!". 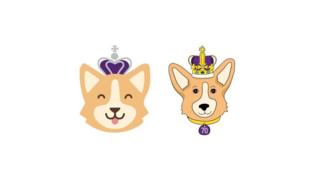 PA Media
PJ is also a GIF on other social media sites!

It's no secret that The Queens favourite breed of dog is a corgi.

Her first corgi was called Susan and she was gifted to The Queen on her 18th birthday.

The Queen currently has three dogs.

Corgis are also going to be part of the finale in the Jubilee Pageant but in puppet form causing mischief on The Mall.

New emoji: what does it mean?

World Emoji Day 2021: Find out more about them and their history

Emojis that are rarely used

52 comments
Back to top
unknown