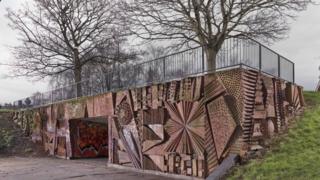 When you think of a listed building you might think of a country manor or old factory, but what about something like a mural?

These concrete murals in Birmingham have now been given listed status - recognising them as an important piece of history.

They can be found in the pedestrian area of Hockley flyover underpass and shows geometric shapes and abstract patterns.

Designed by sculptor William Mitchell, he made them in such as way as to encourage people to climb on them!

The massive Messi mural and other art from around the world 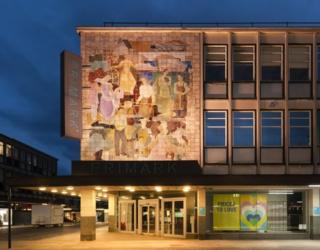 PA Media
This artwork by artist Gyula Bajo is outside what is now a Primark Store in Stevenage, Hertfordshire

Louise Brennan, midlands regional director, Historic England said: "The murals at Hockley Circus are among the best examples of William Mitchell's work and showcase his playful and lively style to great effect."

Two other murals in Stevenage have also been given Grade II listed status by the Department for Digital, Culture, Media and Sport (DCMS) on the advice of Historic England.

Why have the murals been given listed status?

The Hockley flyover opened in 1968 and the murals are said to be a good representation of that time, when public art was often commissioned to give unattractive structures more appeal.

Mitchell, who died in 2020 aged 94, had described Hockley flyover as "one of the greatest things that ever happened in this country because it was the first of its kind and certainly of its scale". 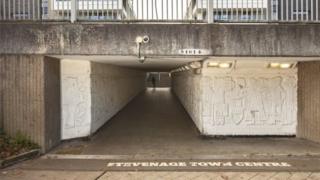 Another mural he created has also been recognised, this one in Stevenage.

It is a two-part sculptural wall mural at Park Place underpass, called Scenes Of Contemporary Life built as part of the dual carriageway redevelopment of St George's Way in Stevenage in 1972.

A third mural to be recognised is in Stevenage Town Square and was done by Hungarian-born artist Gyula Bajo at the former Co-operative House, now a Primark store.

It shows a spinning-wheel and products representing textiles and consumer goods, as well as a steelworker representing heavy industry, a teacher for show science and technology, and scenes showing farming and family life. 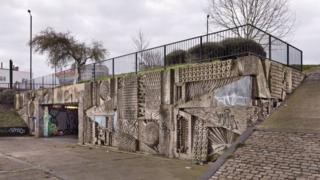 A pamphlet published in 1960, describes it as something that "symbolises the spirit and activities of the Co-operative Movement as a whole and in relation to Stevenage".

The mural depicts the "four cornerstones of a balanced economy, industry, commerce, transport and agriculture".