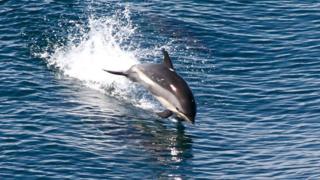 But for dolphins things are a little bit different!

Of course they can't use exactly the same things as us, and scientists have long been aware that dolphins are able to use voices as a way to identify friends, based on their unique whistles.

Now a study has shown that they also use another factor - the taste of their friend's wee!

This was discovered by a study in the US led by Jason Bruck, a marine biologist at Stephen F. Austin State University in Texas.

How did the study work? 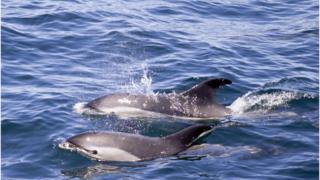 He originally set out to try to find out whether dolphins use their signature whistles in the same way people rely on names but he needed another factor to be sure.

A scientist had previously seen wild dolphins purposefully swimming through plumes of urine, and Bruck began to suspect they must be gathering information from it - perhaps as a means of identification.

"It was a shot in the dark," says Bruck, whose study was published this week in the journal Science Advances. "And I was not expecting it to work, to be honest."

Bruck and his team set out to do a test using dolphins born in captivity rather than wild dolphins.

The scientists poured water with ice into the water and then watched to see how each animal responded. 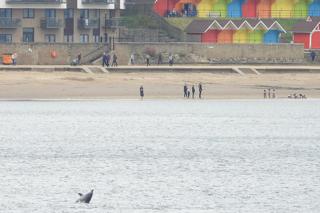 Stuart Baines
Smell something? This dolphin decided to make an appearance just off the beach at Scarborough

They then tested whether the animals' reactions to ice water and urine varied, and whether they responded differently to familiar versus unfamiliar urine.

The team discovered that the dolphins paid more attention to their friend's urine and whistles than that of other dolphins they didn't know - and spent three times longer examining it.

This finding is a big deal as using two different ways of identification shows that dolphins have a complex understanding of their family and friends—much as humans do.

It's also the first example scientists are aware of, of an animal identifying other members of its species using taste.

Dolphin rescued after being washed up on beach in Ireland