Vegetables: What reward would encourage you to eat more of them? 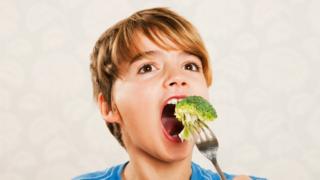 Do you need some encouragement to eat vegetables or are you happy to polish them off just because you know that they're good for you?

Well new research from the Netherlands has found that young children eat more vegetables if they're given a reward for trying them.

What kind of rewards would work for you? In the study children were given stickers or small toy crown to try and help them to develop a taste for healthy foods.

Pots, peas and pumpkins - how to create a veg patch

Researchers carried out the experiment over three months research programme on 598 children aged between one and four at nurseries in Limburg.

Children who were rewarded ate up to two more vegetables than those who were not.

The results were presented at the European Congress on Obesity in Maastricht.

He said: "We know from previous research that young children typically have to try a new vegetable eight to 10 times before they like it.

"And so we looked at whether repeatedly asking children to try some vegetables would make them more willing to eat their greens.

"We were also interested in whether providing a fun reward would make a difference," he added.

How did the experiment work?

The first two groups were given the chance to try a range of vegetables every day at nursery for three months, and their knowledge of vegetables and willingness to taste them was measured at the start and end of the study. 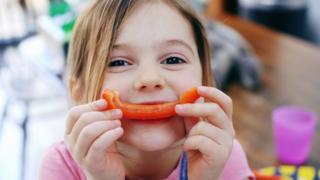 The children were shown 14 different vegetables - tomato, lettuce, cucumber, carrot, pepper, onion, broccoli, peas, cauliflower, mushrooms, green beans, chicory, pumpkin and asparagus - and asked and how many they could name.

By the end of the study, knowledge had increased among all the children taking part - including those who didn't even get a chance to try the vegetables.

When it came to willingness to eating the veg, all the children were willing to try around five to six from tomato, cucumber, carrot, pepper, radish and cauliflower before the study started.

But after the study willingness to try vegetables had only increased significantly in those given a reward.

Those who didn't get a reward or get the try the vegetables were even less interested in trying them by the end than they were at the start. 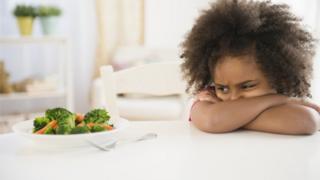 There was no change among the children who weren't offered a reward.

"But rewarding toddlers for tasting vegetables appears to also increase their willingness to try different vegetables.

"The type of reward is, however, very important - it should be fun but not food."

Check out these massive record-breaking vegetables!

Gardening: How to create your own fruit and veg patch

125 comments
Back to top
unknown