How would you feel about an extra hour of school each day?

Well, we can guess, but what if it wasn't lessons but activities like sport, cooking or Lego club?

It was also seen as a way to encourage children to try new things and build relationships after missing out on things during the pandemic.

Hear from the kids testing a longer day at school

If you cant see the interactive vote click here.

Changes to school terms are also being looked at which could mean an end to the long summer holiday.

The extra activities had to be paid for by the government and politicians now say they'll look at the results to see if it was worth the extra cost. 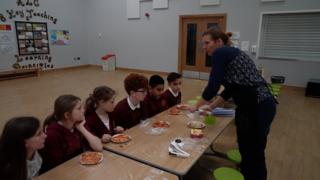 The schools involved could decide how to schedule the five hours extra a week.

For example, Abertillery Learning Community, in Blaenau Gwent, decided that children in years five and six could stay on after class from 15:10 to 16:10.

Activities that were offered included martial arts, dance, cookery and drumming and were mostly run by outside groups from the local community.

'It's a different thing to look forward to every day' 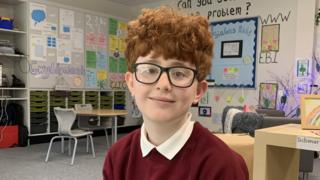 William has been staying on in school for the extra hour every day apart from Wednesdays, and martial arts is his favourite activity.

Ten-year-old William, from Abertillery, said he "really enjoyed" the extra time, and wanted it to continue.

"It was a skill I never knew I enjoyed and now we did the after school club and we had a chance to do it I now know that I like it," he said.

"Usually in school we have set things that we do every day like the maths and the literacy but with the after school clubs it's a different thing to look forward to every day. "Having my friends there was an extra bonus." 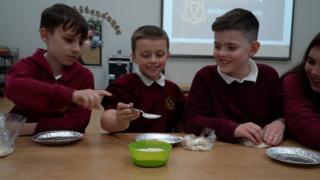 Cookery classes proved very popular with many of the pupils

Carrie-Ann Williams, who works in the school office took on the task of organising the extra sessions. She says children were offered something "out of the norm, that they weren't used to and that some families can't afford".

She helped run a coding Lego club and as a result the school has bought extra resources so pupils in other year groups can try it too.

Cooking classes proved very popular. "It's been so rewarding to receive photos from parents of children making their own snacks at home," Carrie-Anne said.

Everyone involved has "enjoyed every minute of it" she said. But while it has "definitely" been worth the hard work, it has not all been straightforward. 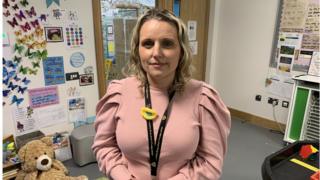 Numbers for sessions were sometimes limited which meant some disappointment and on some Fridays the numbers taking part dipped .

"It was very high to start with, but we have seen them starting to dip, especially on Friday afternoons because the children want to go to the park."

The Welsh government said there would be a "thorough evaluation" of the £2 million trial when it comes to end over the next month.

It says it would look at the effects on different groups of children, the range of activities offered, the impact on school staff and the opinions of families.

291 comments
Back to top
unknown