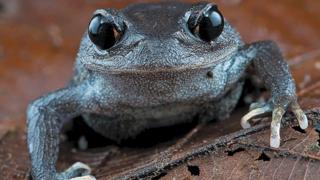 More than 200 new species have been discovered in the Greater Mekong area in South East Asia.

A langur monkey, a big headed frog and a half orange, half grey gecko are among those newly found.

Nature charity WWF has reported that these unusual finds show that the area in South East Asia is a "hotspot" for wildlife diversity.

But the charity also said it showed the threats they face and the need to protect species and habitats from being lost.

Do hippos honk to their friends?

Penguins in area of the Antarctic a sign of climate change 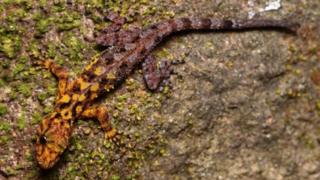 In total 155 plants, 16 fish species, 17 amphibians, 35 reptiles and one mammal were described as new species.

These were found in the Greater Mekong which is an area that covers Cambodia, Laos, Burma, Thailand and Vietnam.

More than 3,000 new species in the past 24 years have been discovered in the Greater Mekong area, showing it's a great place for new discoveries.

These species are extraordinary, beautiful products of millions of years of evolution, but are under intense threat, with many species going extinct even before they are described.

What species were discovered? 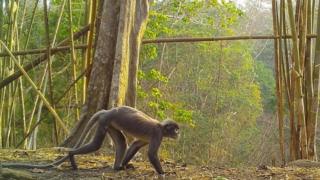 A langur monkey was one of the new species found. It is likely to be listed as critically endangered because it's thought only 200 -250 langurs are living in the wild. They are under threat from hunting, habitat loss and agriculture.

Another newly found animal is an orange and brown newt with a stripe down its back. 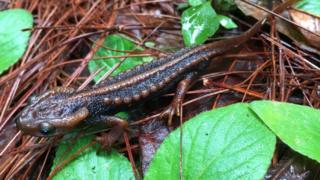 This newt was first spotted in a 20-year-old photograph in a magazine, which made researchers investigate if the species still existed.

A rock gecko, found in Thailand, has also been identified. It is orange on the front half of its body and grey from the middle of its back to its tail, which helps it to camouflage against moss.

New species of jellyfish and other creatures discovered in Atlantic ocean