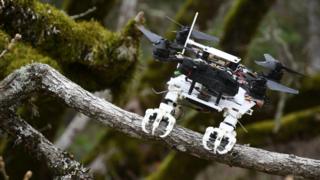 Have you ever looked at a little bird nestled in a tree and wondered: "How on earth did they land on that tiny branch?"

Well wonder no more because two engineers have figured out exactly how and they've use their knowledge to create a cool new robot.

It's a robot modelled on a peregrine falcon's legs, and has the ability to perch on almost any surface!

Check out this robotic elephant trunk!

The drone that carries humans! 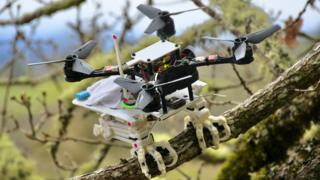 The engineers hope that their avian android can help improve drones' range and abilities.

Improved landing technology may help drones store and conserve their battery life, by perching on stable surfaces instead of hovering.

And there's a chance that it may help scientists collect data more easily in the natural environment, like dense or hard to reach forests.

"We want to be able to land anywhere - that's what makes it exciting from an engineering and robotics perspective," says David Lentink. 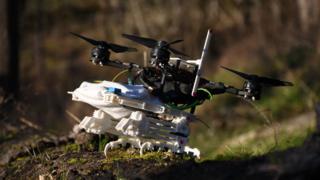 The robot is also able to catch objects like bean bags and tennis balls!

Meaning with a bit of practice, it could really excel in a game of fetch...

What animal would you like to see in a robot form? Let us know in the comments below!