What is ‘blackfishing' and what's it got to do with Jesy Nelson? 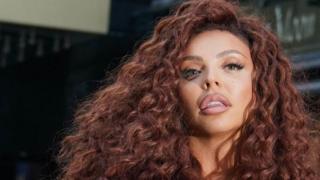 Jesy Nelson has been accused of "blackfishing" in her latest music video, Boyz.

Blackfishing is a word used to accuse someone of pretending to be black or mixed-race.

Jesy responded to the claims on Instagram live on Monday: "My intention is never to offend people of colour with this video and my song."

It is the singer's first solo single since leaving Little Mix last year.

What is cultural appropriation and why is it a problem? 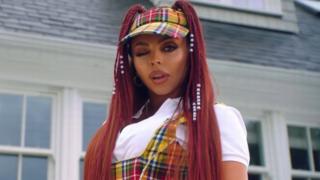 Blackfishing refers to someone who uses things like hairstyling and makeup to make them appear darker as if they have black heritage or are mixed-race.

The term was first used on Twitter three years ago when journalist Wanna Thompson said she noticed white celebrities and influencers "cosplaying" or dressing up as black women on social media.

"Blackfishing is when white public figures, influencers and the like do everything in their power to appear black," Thompson told US news channel, CNN.

"Whether that means to tan their skin excessively... and wear hairstyles and clothing trends that have been pioneered by black women."

Some people say it is wrong for white people to make money from copying traditionally black characteristics like hairstyles.

They argue that blackfishing allows a person to pick and choose the "cool" parts of being black, without facing any of the racism, discrimination or negative attitudes that black people do for having the very same characteristics.

It is seen as a type of cultural appropriation.

How has Jesy Nelson responded to blackfishing claims? 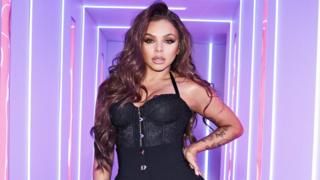 In her music video, Jesy Nelson is heavily tanned and her hair is styled with wigs and braids.

During an Instagram Live on Monday, Jesy said: "My intention is never to offend people of colour with this video and my song.

"When I was in the video with [US rapper Nicki Minaj], I didn't even have any fake tan on. I'd been in Antigua prior to that for three weeks.

"I'm just really lucky that as a white girl, when I'm in the sun I tan so dark.

"My hair's naturally curly, I've always had curly hair. I wanted to get a wig that emulated the same texture as my hair, I genuinely didn't think I was doing anything wrong."

Who else has been accused of blackfishing? 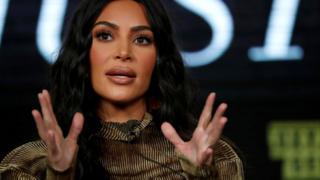 Jesy Nelson is not the first celebrity to be accused of 'blackfishing'.

In 2020, Kim Kardashian was criticised for a tutorial video on Instagram showing her "daily make-up routine".

One caption said "don't judge me for my pale hands" - highlighting the difference between the shade of makeup on her face and the paler, natural skin tone of her hand.

Some people on social media claimed this was an example of blackfishing because Kim, whose heritage is American-Armenian and European, appeared to be putting on darker makeup to seem more African American.

She has also been accused of cultural appropriation for wearing Fulani braids traditionally worn by women in African communities, named after the Fula ethnic group. 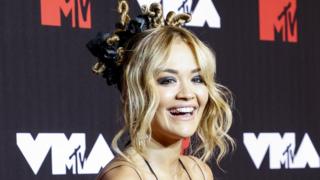 Singer Rita Ora is white with Albanian heritage. Born in Albania, her family came to the UK when she was younger.

She has frequently referenced her Albanian heritage, and it has featured in her music videos.

However, Ora has said in the past that she thinks she's benefited from people believing she has black heritage.

"A lot of people think that [I have Black heritage] but I like that... it gets me places," she said on The Breakfast Club radio show.

She received criticism last year after posting photos with her hair styled with box braids and in a blonde afro, which are hairstyles traditionally worn in the black community.

As a white European wearing these styles Rita was accused by some people on social media of blackfishing - trying to benefit from a black appearance when she is not. 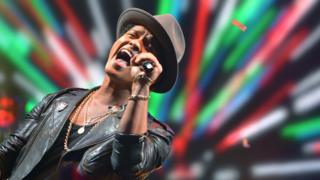 Bruno Mars defended himself earlier this year against claims he copies black culture in his music and style and uses this to his benefit.

Mars is of Filipina and Puerto Rican heritage.

In 2018 YouTuber and activist Seren Sensei said: "Bruno Mars 100% is a cultural appropriator. He is not black, at all, and he plays up his racial ambiguity to cross genres,"

Bruno defended himself in a radio interview with The Breakfast Club in March saying, "You can't find an interview where I haven't talked about the entertainers who have come before me."

He went on to name famous black music stars he says have inspired him: "The only reason I'm here is because of James Brown, Prince, Michael [Jackson]."