Rivers and wetland wildlife under threat from water pollution 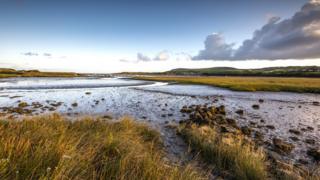 Habitats are being damaged and wildlife is being put at risk by water pollution, according to a new report.

Environmental charities including the RSPB, the Rivers Trust and the National Trust say rivers, wetlands and other waters around the UK are all being damaged by things like farm waste, raw sewage (what humans flush down the toilet) and pollution from abandoned mines.

They say that creatures living in protected areas, like otters, the swallow-tail butterfly and salmon, need clean water, but have found that some of these sites have extremely poor water quality.

The group is calling on government agencies to act and put strict rules in place to stop pollution making its way into UK waters.

What's air pollution and why's it so important? 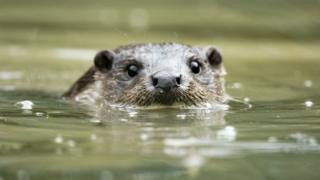 Getty Images
Thousands of creatures live in rivers, lakes, streams and wetlands around the UK

The charities want better monitoring and more money and time spent on keeping waters clean, and are also asking farmers to switch to more nature-friendly farming practices and move away from using dangerous chemicals.

Several sites, which are listed for their special importance for nature, were found to be very polluted, including; the Norfolk Broads to the River Wye, Cardigan Bay in Wales and Upper Lough Erne in Northern Ireland.

The group surveyed people in England, Wales and Northern Ireland as part of its report, and found 88% agreed that freshwater habitats were a "national treasure" and that many spent time visiting lakes, rivers and other waters to see the wildlife living there.

RSPB deputy director of policy Jenna Hegarty said: "It is no surprise so many people think of our waterways as a national treasure and revel in the magical sight of otters playing in our streams, dragonflies hovering like jewels above our lakes and the vibrant flash of kingfishers in flight." 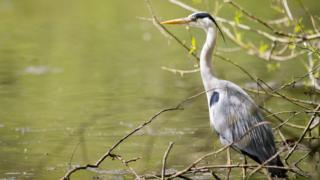 Jenna added: "But nature is in crisis and the incredible freshwater wildlife that people marvelled at as they explored our countryside this summer is a fraction of what should be there.

"It is disturbing how it has become so normal for our waterways to be polluted and contaminated, and that many people do not realise there is something wrong." 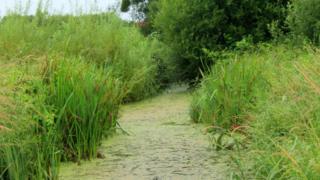 Getty Images
This Algal bloom was caused by farm chemicals washing into the water, which led to an overgrowth

Ali Morse, water policy manager at the Wildlife Trusts, said: "Protected rivers like the Wye should be the 'jewels in the crown' of our natural world, alive with delicate aquatic plants, magnificent salmon and the elusive otter."

"But pollution is devastating these special places and putting the wildlife they harbour at risk." Ali added.

Four tiny hoglets on the mend in hedgehog hospital

Birds to see on your one daily walk