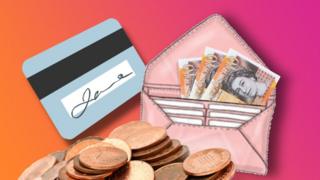 Pennies were back in production last year after none were made in the two years before 2020.

The lockdowns during the pandemic meant that many shops were only taking card payments and lots of cash was being kept at home and not being used.

That meant, for example, that there were fewer 1p coins in shop cash registers to give out as change.

So now the Royal Mint, the people who make coins, have had to make some more - including 88 million new 1p coins!

Do YOU have cash saved up in your room or are you more likely to spend using cash cards or gift cards. Maybe you buy things online? Take part in our vote and let us know in the comments below.

QUIZ: What's the newest currency in the world?

Do you use cards or cash?

If you cannot see the vote, try here.

While many young people use cash and save it in things like piggy banks, there're are also more cash cards available for young people to spent their pocket money - and people can also give gift cards as presents instead of money.

It's thought that the fall in the number of coins being made is, in part, due to the rise in use of contactless cards for low-value purchases.

Some people argue that we won't need cash in the future are more and more people get used to paying with cards and even with their phones. 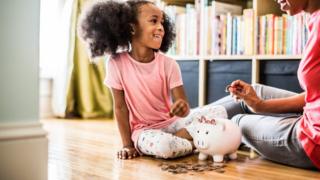 In total, 330 million of all types of coins were released into circulation last year. Which is also down on previous production levels.

A spokeswoman for The Royal Mint said: "The volume and variety of coins which enter circulation is determined by demand from UK banks and Post Offices. When demand rises we consult with HM Treasury before manufacturing more coins."

The Royal Mint has previously said that it had no plans to resume production of these coins for 10 years, explaining that there's a "coin mountain" that exists, because loads of them remain in storage and demand for them has dropped. 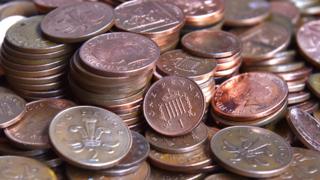 Why not try out our cool coin quiz?

If you can't see this quiz, try here.

New £20 note: All you need to know about the plastic cash

53 comments
Back to top
unknown