Nature and Wildlife: Could woolly mammoths come back from extinction? 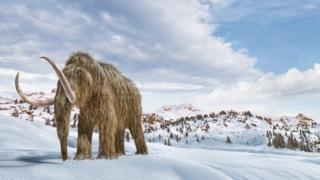 Getty Images
Woolly mammoths once roamed the planet before becoming extinct 4000 years ago, but could they soon be revived?

Woolly mammoths roamed some of the coldest places on Earth before becoming extinct around 4,000 years ago, but a new bioscience company has plans to bring them back.

Scientists are planning to use DNA collected from frozen woolly mammoth remains that have been recovered, such as bones, hair, tusks, and teeth, to create a new version of the extinct giant.

The company Colossal is raising millions for their project and say the first calves could arrive in six years.

Professor George Church, said: "Our goal is to make a cold-resistant elephant, but it is going to look and behave like a mammoth".

The project sounds a lot like the plot of Jurassic Park, and you would be right to think so!

The biggest triceratops skeleton ever discovered is being sold!

How can frog foam be used in human medicine?

What is a woolly mammoth? 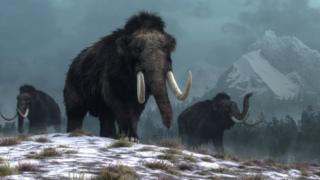 Getty Images
A woolly mammoth looks a lot like elephants you see today, but they have lots of fur and two big tusks!

A woolly mammoth is the extinct hairy cousin of today's elephants - they even lived at the same time as early humans did.

They were a huge part of the Arctic eco-system and they roamed across the grasslands of North America, Russia, and Europe.

How will scientists bring the woolly mammoth back? 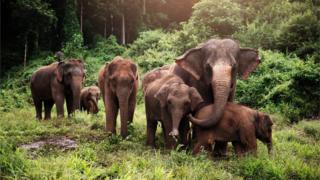 The woolly mammoth and Asian elephants share a 99.6% similarity in DNA, according to the company.

Scientists say they hope to use the DNA from both elephants to create a new type of elephant, one that can survive in very cold temperatures.

Once the DNA is combined, scientists will insert it into an embryo, which is the early stage of an unborn animal. An Asian elephant would then carry the new elephant until it's ready for birth.

Technically, the new woolly mammoth isn't an exact copy of the extinct animal, but a new version of the Asian elephant.

Why do scientists want to bring the woolly mammoth back? 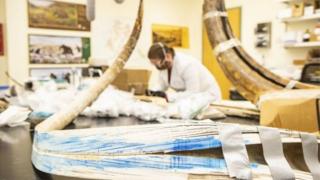 PA Media
By using DNA taken from elephant tusks, fur and teeth, scientists can use it to mix with the DNA of an Asian elephant

Colossal believe that a healthy heard of woolly mammoth-like elephants could help restore grasslands and ecosystems in the Arctic, and combat climate change.

The grasslands in the Arctic are thought to help battle climate change by capturing and storing carbon, as well as helping maintain methane levels in the atmosphere.

They say the technology used could also be used to help critically endangered species avoid extinction.

Woolly mammoth preserved in ice was 'stolen by humans'

Woolly mammoths: Plans to bring them back from extinction in Russia