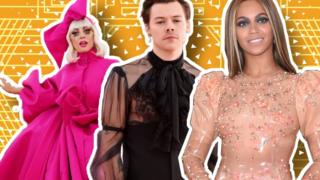 The Met Gala, sometimes called the Met ball, is an event where lots of celebrities show off fabulous and flamboyant fashion with outrageous outfits and sometimes unusual designs.

It's basically the fashion world version of the Oscars, as designers, models, musicians and Hollywood actors all come together on the red carpet.

The event is to promote the Metropolitan Museum of Art's (Met's) Costume Institute and is held at the museum in New York City.

The Met Gala was cancelled last year because of the pandemic. Normally held in May, this year the gala was delayed until September also due to coronavirus.

Check out these incredible outfits from the Met Gala! 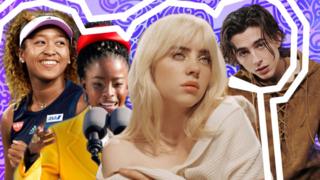 Check out some of the amazing looks from the night and vote for your favourite here.

American fashion was the theme for the 2021 Met gala.

Andrew Bolton from the Costume Institute told the fashion magazine, Vogue, that young American designers have specifically looked at "diversity and inclusion, as well as sustainability" as they've tried to make fashion more environmentally friendly when it comes to the clothing that they create.

"The American fashion community has been supporting us for 75 years, really since the beginning of the Costume Institute, so I wanted to acknowledge its support, and also to celebrate and reflect upon American fashion," Andrew Bolton said.

Why is fashion a BIG problem for the environment?