Sea wildlife conservation: Tuna species are on the rise but sharks and rays are on the decline 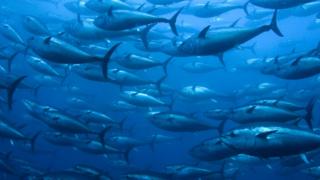 According to a new report by the International Union for the Conservation of Nature (IUCN), tuna species are beginning to recover from being on the edge of extinction.

The IUCN updated their Red List of Threatened species at the IUCN World Conservation Congress in Marseille, France.

However, whilst several species of tuna are showing signs of recovery, 37% of the world's sharks and rays are now threatened with extinction.

Have you ever seen a fish with 'human' teeth?!

Jellyfish and chips - should more people be eating it? 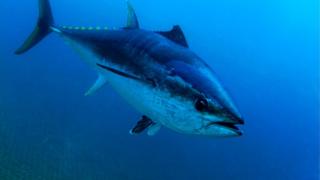 Getty Images
The bluefin tuna: one of four species of tuna to show signs of recovery

According to the IUCN, the rise in tuna stock is because of countries committing to stricter rules and cracking down on illegal fishing, after most types of tuna were considered at threat to extinction in 2011.

Although there are some areas where tuna stock is still concerning to conservationists, such as the yellowfin tuna, which is still being overfished in the Indian ocean.

Four of the most fished tunas have showed signs of recovery, according to the updated Red List.

• The Atlantic bluefin tuna - moved from Endangered to Least Concern

• The Southern bluefin tuna - moved from Critically Endangered to Endangered

• The albacore and yellowfin tunas - moved from Near Threatened to Least Concern. 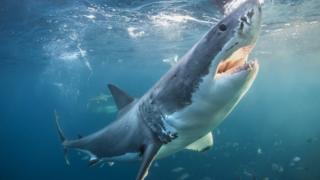 Getty Images
Sharks are being impacted by overfishing and climate change

The update to the Red List also states that up to 37% of sharks and rays species could be threatened with extinction due to overfishing and climate change.

The report states that out of all the threatened species of sharks and rays that are overfished, 10% of those species are affected by climate change and 31% are affected by a decline of habitat.

"We can't sit back - this is a wake-up call to the world that we need to do much more about our oceans and the biodiversity in them."

That means the waters where they live are being affected by things like temperatures or pollution.

Climate change: Did it affect dinosaurs?