Tokyo Olympics 2020: What's team ROC and why is Russia banned? 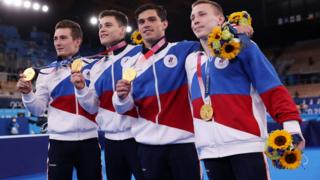 Russia can't compete in the Tokyo Olympics but its athletes can. Here's why.

Russia was banned after a doping scandal that stretches back several years. Doping in sport means taking substances or drugs that are banned and make athletes perform better.

What made this scandal particularly serious is that Russia as a country was found guilty of a state-sponsored doping. This means the government was involved in the plans to help athletes take illegal performance enhancing substances.

Russia has denied any involvement in state-sponsored doping.

And in 2019, the World Anti-Doping Agency (WADA) banned Russia from participating in the Tokyo Games over cover-ups in drug testing.

So the Russian name, flag and anthem is not allowed at either Tokyo 2020 Olympics, the Paralympic Games, the Beijing winter Olympics in 2022, and if Russia qualify for the 2022 football World Cup in Qatar, they will have to compete under a different name, just like the Russian competitors at this year's Olympic Games.

But Russian athletes are still at Tokyo 2020 and that's because of something called the Russian Olympic Committee or ROC for short, which isn't a country.

What is the ROC? 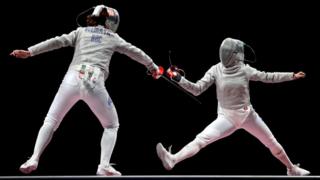 The Russian Olympic Committee is represented by a total of 335 athletes in Tokyo, all ROC competitors are athletes who have been able to prove they were not involved in the doping scandal.

They're allowed to take part as long as they perform under a different team name and aren't allowed to have the Russian national anthem played and the Russian flag won't be flown if they win gold.

There are specific rules on the kit the athletes are allowed to wear too. 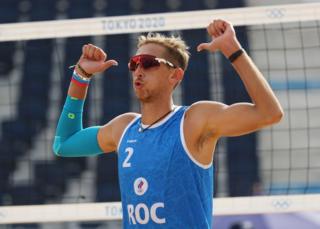 If 'Russia' is seen anywhere on the kit, it must also include the words 'neutral athlete' but the athletes official uniform can include the colours of the Russian flag.

Will Russia be allowed to compete again? 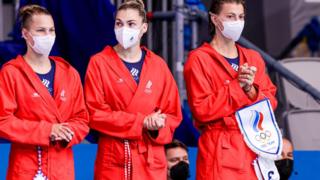 Russia will only be allowed to compete again once the ban is lifted and only if it respects and observes certain rules the country's athletics has been told to follow - that includes paying the World Anti-Doping Agency a fine.

The ban is currently scheduled to end in December 2022.

The country isn't currently eligible to host or bid for any Olympic, Paralympic or World Championship athletics events while the ban is in place either.

Tokyo Olympics: What is the Refugee Olympic Team?

Russia: Who is Alexei Navalny and why are there protests?