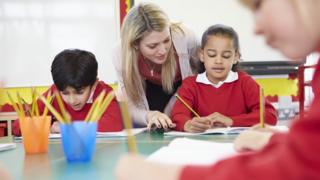 In England there are almost 1.6 million children aged 5-16 who use English as an additional language (EAL).

A new report has now found that school closures during the coronavirus pandemic have had a greater negative impact on learning for these pupils, especially in language areas like listening, speaking, reading, and writing.

Earlier this year, the government announced £3bn of funding to help pupils in England with learning lost due to the disruption caused by the pandemic.

But, the government plan does not specifically mention EAL learners and how they will be supported. Now an education charity - The Bell Foundation - is calling for more support for this group of learners.

What does 'EAL' stand for?

EAL stands for 'English as an additional language'.

An EAL student is someone who is either British-born, but has grown up speaking another language at home, or has come to the UK from another country and doesn't speak English as a first language.

The report, by The Bell Foundation, was based on a teachers survey and found that:

Across all schools, within the four strands of language use, teachers reported:

A secondary school teacher in London said: "Students find it harder to start talking in English again as they haven't really practiced speaking it in months. It can affect their confidence, as students that were once confident to answer questions in class are a bit more shy and reserved in case they say the wrong thing."

The report says that: "Across the country there was a clear pattern of English language loss observed by school teachers in both primary and secondary phases. Many pupils at the early stages of English language acquisition did not have opportunities to hear, speak or read in English during school closures." 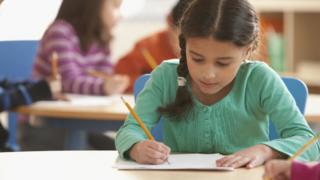 It isn't just this survey that has found that the lockdown has impacted EAL students.

In June, the Department for Education found that in reading: "Pupils with English as an additional language experienced a learning loss of approximately 2.3 months for secondary aged pupils, this compares to average learning loss in secondary reading of around 1.7 months."

It the Department for Education's job to look after primary and secondary education in England.

Usually they provide money to pay for support for EAL students for up to three years when they join a new school.

EAL learners in Scotland, Wales and Northern Ireland are given similar support.

What does the charity want? 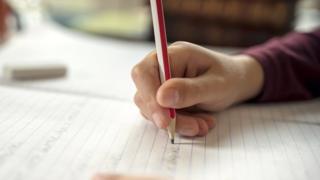 The Bell Foundation is calling for more money to be given through the government's education recovery fund to help this group of learners.

Diana Sutton, Director, The Bell Foundation said: "This new survey shows evidence of both language loss and learning loss. It is disappointing that the recent education recovery announcement and policy paper has overlooked this group of learners."

The loss of language skills is particularly worrying for EAL learners as previous research found that proficiency in English is the major factor influencing educational achievement and levels of need among pupils who use EAL.

The Bell Foundation has recommended the government provide schools with better assessments and monitoring of a child's level of English so they can accurately determine what level of support a child will need.

They also suggest schools provide EAL learners with a wide range of opportunities outside of the classroom such as sport, drama and play, to help develop their English skills.

In response to the Bell Foundation's calls for more support in England, the Department for Education made no comment on the call for more funding, but when it comes to assessments they told us: "There are a range of existing frameworks and resources - such as those developed by the Bell Foundation - that schools can use to assess the English language needs of their EAL pupils and to plan how best to meet their identified needs."

Thank a Teacher Day 2021: We want your video messages

Euro 2020: Should you be able to watch matches in school?