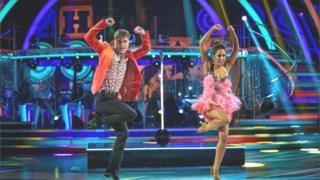 Strictly Come Dancing's Janette Manrana has announced she is leaving the ballroom!

She has said she will no longer dance to compete on the show but will "Keeeep Dancing" in another way!

Janette is taking over as the co-host on It Takes Two, where she will join Rylan Clark-Neal as Zoe Ball's replacement.

She made the surprise announcement on the One Show saying: "I will miss dancing on that iconic dance floor weekly, but forever grateful to continue being a part of the Strictly Come Dancing family!"

Will the next Jurassic World film be more realistic than ever? 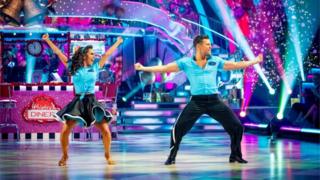 Janette danced with Mark Wright in the 2019 Strictly Christmas Special

She said: "One of my favourite parts of doing Strictly has always been to sit down on that couch and just chat away. It's the most fun.

"I was thinking: 'This is the coolest job ever. You get to sit down, talk about dancing, make people feel good and celebrate their successes on the show... One day I would love to do that', and it's here, here we are!." 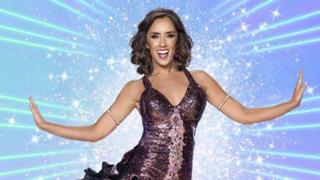 Janette is Cuban-American and is from Miami, and before she came to Strictly she danced on the US series So You Think You Can Dance.

Her husband, Aljaž Škorjanec, is also one of the professional dancers on Strictly.

Talking about her new role, she said the hardest part about accepting the 'honour' was having to leave Strictly as a dancer.

It Takes Two is a spin-off show to Strictly Come Dancing and it airs on BBC 2 on weeknights whilst Strictly is on at the weekends.

Strictly 2020: HRVY becomes the first-ever celebrity to be awarded a perfect score in week six