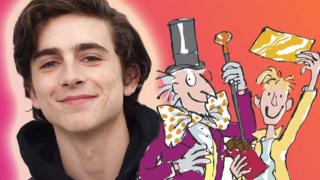 Get ready to jump into a world of pure imagination again because a new Charlie and the Chocolate Factory inspired film is heading to the big screen.

Warner Bros and the Roald Dahl Story Company are working on a new musical movie called Wonka. It will focus on a young Willy Wonka before he opened his famous chocolate factory or ever met Charlie Bucket.

American actor Timothée Chalamet has been cast as the young chocolate maker, according to entertainment news site Deadline.

He'll be singing and dancing on screen for the first time as part of the role too.

Mega movies to watch in cinemas this summer

What do we know about Marvel's Eternals movie?

The ultimate Disney quiz: How will you do? 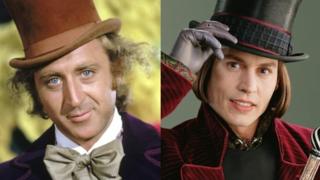 The story is based on characters created by author Roald Dahl, who wrote the books Charlie and the Chocolate Factory and its sequel Charlie and the Great Glass Elevator.

This Willy Wonka movie will be directed by Paul King, who made the Paddington movies. King has also written the script alongside Horrible Histories star Simon Farnaby.

Chalamet will become the third actor to take on the role of the wacky inventor Willy Wonka. He follows on from Gene Wilder in the 1971 movie Willy Wonka and the Chocolate Factory, and Johnny Depp in the 2005 film version of Dahl's story.

We don't know when the film will be released yet but we can't wait to re-enter the wonderful world of chocolate!