Eurovision Song Contest 2021: Here's all you need to know 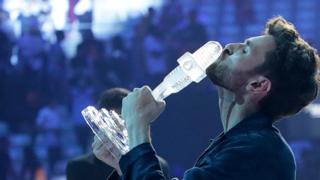 The Eurovision Song Contest, which is the world's biggest music competition, has it's grand final tonight!

This year marks the 65th edition of the competition, after it was cancelled last year due to the coronavirus pandemic.

The Netherlands will play host to the competition following the country's victory in 2019 with Duncan Laurence, who wrote and performed the song Arcade.

Keep reading Newsround's guide to Eurovision 2021 to find out more.

Don't forget to let us know in the comments if you're excited to watch it this year.

James Newman to represent the UK at Eurovision

Which countries are taking part this year? 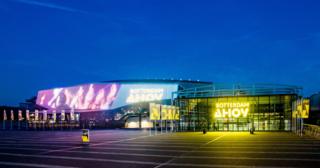 There will be 39 countries competing in the 2021 contest.

Sixteen countries took part in the first semi-final on Tuesday but only Azerbaijan, Belgium, Cyprus, Israel, Lithuania, Malta, Norway, Russia, Sweden and Ukraine made it through to Saturday's Grand Final.

Thursday night's second semi-final had a bit of a bump in the road when last year's winners, the Icelandic act Daði og Gagnamagnið were unable to perform live.

A band member had tested positive for covid so a pre-recorded version of their performance was shown instead.

These 20 qualifying countries will be joined by the UK, France, Germany, Spain and Italy - called the 'Big Five' - who all go straight through to the final as they give the most money to the EBU, which organises the contest.

The Netherlands, as host and reigning champions, will also automatically qualify for the final.

He was going to represent the UK in 2020, before the competition was cancelled, but he has been re-selected for 2021.

James will be performing his single Embers, which he describes as a "banger" and says is "full of positivity".

But he's got tough competition with Italy, France and Malta currently the favourites to win.

How does a country win the Eurovision Song Contest?

The result of the 2021 Eurovision Song Contest will be determined by a 50/50 vote.

Half of the votes come from the viewer phone-in voting in each participating country, and the other 50 percent of votes will come from a group of five music experts from each of the 39 countries taking part. 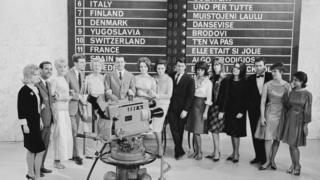 Getty Images
Here are all of the contestants from the 1963 Eurovision Song Contest - it's a much bigger event now!

The most points that can be awarded to a country is the famous douze points - or 12 points.

At the end of the grand final, the winner is the one with the most points once everything is added together.

The UK last won at Eurovision in 1997 with Katrina and the Waves and their song, Love Shine A Light.

How can I watch the contest? 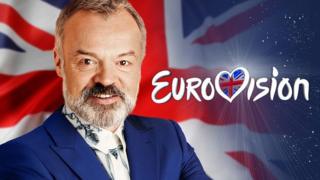 The semi-finals took place live on BBC Four at 8pm on both Tuesday 18 May and Thursday 20 May.

They were presented by Rylan Clark-Neal, Scott Mills and Chelcee Grimes from London.

Graham Norton will then provide the commentary for the Eurovision Song Contest Grand Final on Saturday 22 May.

He will be live from the show in Rotterdam, the Netherlands, which starts at 8pm on BBC One.

Are you a Eurovision super fan? Try our quiz!

84 comments
Back to top
unknown